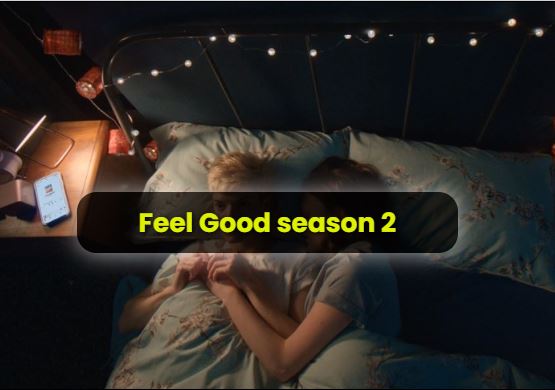 Netflix announced the series Feel Good, for a second season, to be the last of the series. The first season was a joint production with Channel 4 in the United Kingdom, but the second season will be exclusive to Netflix, according to the report published on the site “tv series finale”.

Created and written by Canadian comedian May Martin and Joe Hampson, the series revolves around a recovering addict and comedian May, who tries to control the addictive behaviors and intense romance that permeate all aspects of her life, and life is complicated by a new and ongoing relationship with her new boyfriend, George.

As it turns out in Season 2, the love story will continue as May struggles with her past and George tries to make her present.

British soccer star David Beckham and his wife Victoria Beckham also got a deal worth at least $ 20 million with the American “Netflix” network, in exchange for presenting a series that includes their life story.

And Beckham made the big deal in exchange for presenting a Netflix series about his life, with the help of a film crew that follows him wherever he goes; According to Sputnik.

The series is scheduled to show clips of Beckham’s life, his
relationship with his current wife, Victoria.