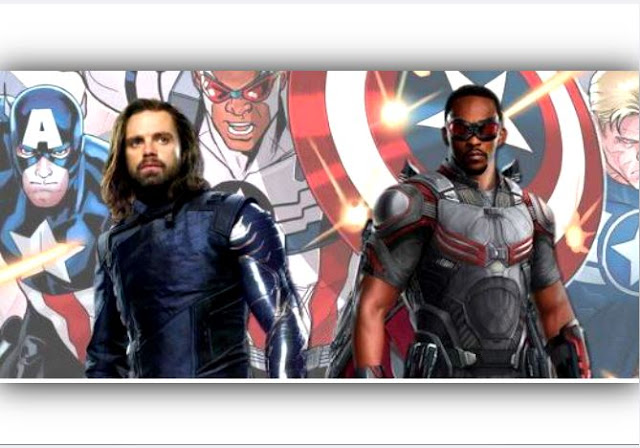 The Falcon and The Winter Soldier

The Disney Plus platform announced the launch of a new series called The Falcon and The Winter Soldier, on March 19, 2021, the series consists of six episodes, and it also stars Anthony Mackie who plays Sam Wilson, nicknamed the Falcon, as well as Sebastian Stan, who plays The role of Bucky Barnes, nicknamed The Winter Soldier, the two actors met in Avengers: Endgame, here they are again in a new adventure.

The series “The Falcon and The Winter Soldier”, starring Daniel Brull, who plays Baron Zimmo, as well as Emily Vancamp, who plays Sharon Carter, and Wyatt Russell plays John Walker, the director is Carrie Skogland with Malcolm Spielman.

Kevin Feige, President, and Director of Marvel Studios, also announced a project to expand the future of the Marvel Cinematic Universe.

Feige also announced three new Marvel series that will be shown on the Disney Plus platform, namely Armor Wars, Secret Invasion Ironheart, according to information published by “tv series finale“.

Disney has also started filming the series Star Wars: Kenobi in Boston and the report published by tv-series finale indicated the date of filming, which will begin on January 4, 2021, and until the time has not been announced for the new series, but from It is assumed that it will be launched at the end of the year 2021, on the Disney Plus platform.