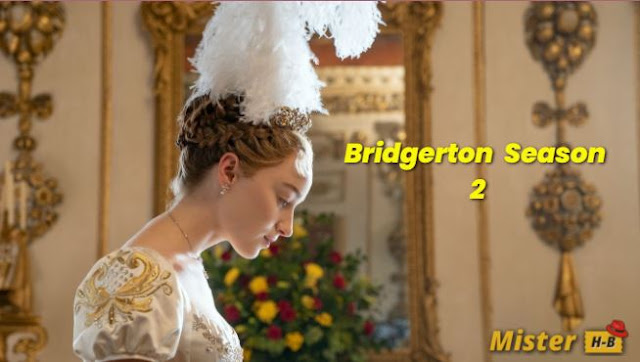 This is no surprise to anyone: a month after the first season of Bridgerton went online, Netflix is ​​making its renewal for season 2 official.

If you’re not yet familiar with the series that has garnered a lot of virtual ink over the past month, Bridgerton is a creation by Chris Van Dusen via Shondaland which adapts Julia Quinn’s literary series.

The story takes us back to London, during the regency, to follow Daphne Bridgerton (Phoebe Dynevor), eldest daughter of a powerful dynasty, is supposed to find a husband, but the competition is tough! Hoping to follow her parents’ example and make a love marriage, Daphne initially seems to have the odds on her side. London’s High Society Scandal, run by the mysterious Mrs. Wesleydon, spreads slander against the young woman. It was then that the handsome and rebellious Duke of Hastings (Regé-Jean Page) arrived, a hardened bachelor and the best of the moment. Though they deny each other, Daphne and the Duke are unmistakably attracted to each other – and they are embroiled in a fool’s game, while also having to contend with society’s injunctions regarding their potential union …

The first season, consisting of eight episodes, was therefore based on the first book in the series, Daphne and the Duke, and ended by revealing the identity of the mysterious Lady Whistledown. The second will take inspiration from the second book, Anthony, and will focus on the romantic exploits of Anthony (Jonathan Bailey), Viscount of Bridgerton, and the oldest son in the family. The production of these new episodes should therefore begin in the spring.

According to the streaming service Netflix and its way of calculating its audience, Bridgerton would have been watched by 63 million households in its first four weeks, making it the fifth most-viewed original series behind the first season of The Witcher. , the first part of the season 1 of Lupine, part 4 of La Casa de Papel and Tiger King.