Charmed Season 3: Exclusively on The CW 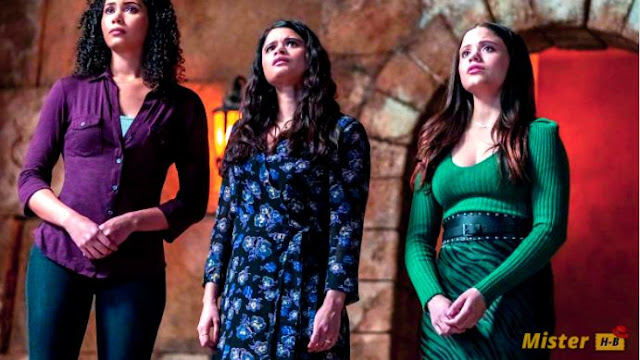 After introducing the new Batwoman last week, The CW completes its Sunday evening with the return of Charmed who begins its season 3 this weekend on the American channel.

As a reminder, Charmed is a reboot of the series of the same name which proposes to follow Mel (Melonie Diaz), Maggie (Sarah Jeffery), and Macy (Madeleine Mantock), three sisters who discover to be endowed with magical powers. With the help of Harry Greenwood, their Being of Light, they learn that she is a powerful trio of witches. They will from there find themselves fighting demons and other supernatural threats while trying to find out who killed their mother.

Following the conclusion of season 2, the wizarding world is put in peril by Julian and his aunt Vivienne, while the romance between Harry and Macy is also threatened following the former’s request to have his feelings changed by Maggie. With Mel and Ruby’s relationship at a standstill and the sorority on the verge of destruction, will the Charmed Ones be able to make it out? Charmed season 3 will therefore explore all of this, and thus continue the journey of the Three Sisters, with Maggie pursuing her professional ambitions, Macy returning to her passion for science, and Mal reconnecting with her activism.

Read also: Fate: The Winx Saga: Traveling to the Other World

Read also: Bridge and Tunnel Season 1: from this Sunday on Epix