Doctor Who: The Year Begins with Revolution of the Daleks on BBC 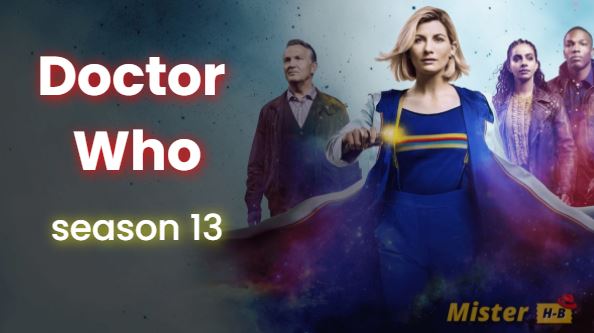 We did not celebrate Christmas in the company of Doctor Who, but we find it this January with the broadcast of a special episode on BBC One which is marked by the return of one of the Doctor’s greatest enemies, namely the Daleks.

The Doctor is being held in an isolated, high-security alien prison with no hope of escape, while her friends on Earth – Yaz, Ryan, and Graham – must resume their lives without her. It’s not easy, and it’s even more complicated when they find out something is going on. A Machiavellian plan involving the Daleks. And then they must be wondering how to beat a Dalek without the Doctor.

However, they can count on the help of an ally of the Doctor well known to viewers, namely Jack Harkness in their fight.

The new trailer of  Doctor Who Saison 13 from BBC

The BBC declined to comment on the report published in the past hours that actress Jodi Whitaker is about to leave the role of a doctor after the thirteenth season of the British science fiction series Doctor Who, according to the report published on the site “Deadline“.

The Mirror quoted a source close to the makers of Doctor Who: “None of those in charge of the work has announced information about the matter, but it has been circulating for some time that Judy Whitaker will leave, and the people in charge of work are trying to conceal the matter until the completion of the new deal, especially As filming for the fourteenth season approaches. “