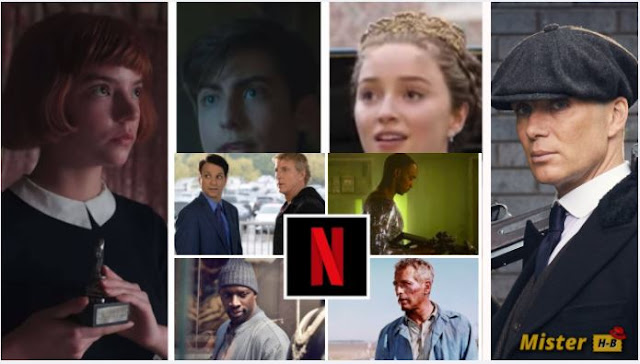 After a rather busy month of January, since the networks have finally made their comeback, we find a quieter program for the month of February. We can also expect some additions soon because Netflix has not announced much: Firefly Lane with Katherine Heigl and Shara Chalke, a kind of modern Gilmore Girls with Ginny & Georgia, the British thriller My friend Adèle, the comedy with Kevin James The Crew and the post-apocalyptic German series Tribes of Europa.

In terms of streaming services, we can also mention season 2 of For All Mankind on AppleTV +, as well as the revival of Punky Brewster on Peacock. On the cable, there is the heaviest with the third part of season 10 of The Walking Dead on AMC, season 4 of Snowfall on FX, the eighth of When Calls the Heart on Hallmark, the third of Good Trouble on Freeform, and finally Queen Sugar’s fifth on OWN.

Coming back to the networks, CBS will celebrate the Super-bowl with the reboot of The Equalizer with Queen Latifah, before turning to another franchise with Clarice which takes place a year after The Silence of the Lambs. On The CW side, we have the very last season of Black Lightning kicking off as the franchise expands with the arrival of Superman & Lois.

Tell Me Your Secrets (On  Amazon Prime V) Season 1

When Calls the Heart (On Hallmark TV) season 8

The end of the season/series