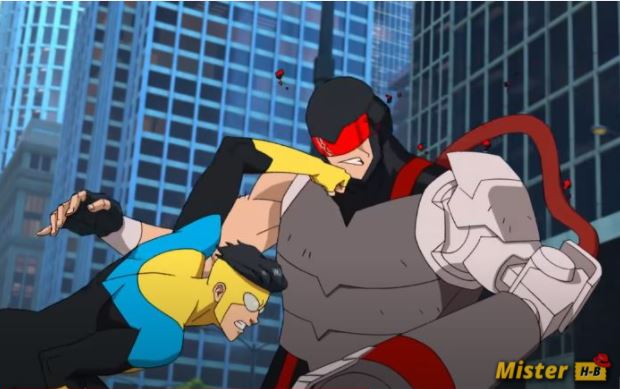 After The Boys, Amazon Prime Video is preparing to welcome another superhero straight out of the pages of a comic book with Invincible, which will begin airing (3 episodes at launch, then one per week) on the platform on Friday, March 26.

Unlike The Boys precisely, Invincible is an animated series and it is not a vitriolic satire of the comic book universe. It is a creation of Robert Kirkman (drawn by Cory Walker then by Ryan Ottley), published by Image Comics in the United States and Delcourt in France, which follows the adventures of Mark Grayson (Steven Yeun), a teenager originally Completely normal, except for the fact that his father is the most powerful superhero of all time and he seems to have inherited his powers.

As Mark barely mastering his powers prepares to make his debut as a crime fighter, the Guardians of the Globe, the world’s largest superhero team, are assassinated. This is not the start that Mark was hoping for.