No season 7 for Peaky Blinders, season 6 will be the last 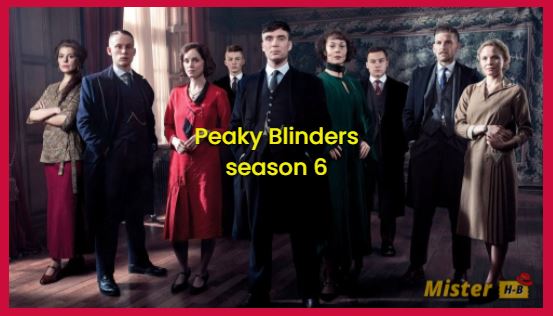 Faced with the pandemic last March, the shooting of Peaky Blinders season 6 had been postponed. Now that everything has been set up to ensure team safety, production has just resumed for the new episodes, and this is the time that has been chosen to announce the end of the series.

Indeed, there will be no Season 7 in Peaky Blinders, so we learn that Season 6 will be the last for the Shelby family. Steven Knight’s creation, which began in 2013 on BBC Two, tells us the story of a criminal family, the Shelbys, at the head of the Peaky Blinders gang, led by ambitious Tommy Shelby after WWI. Between racketeering, alcohol and tobacco smuggling, and illegal betting, they have their hands on Birmingham.

Steven Knight, therefore, confirms that “as the TV series draws to its conclusion, the story will continue in another form” and that other form appears to be that of a movie. The screenwriter had indeed completed his first comment by affirming that his plan has always been to finish Peaky Blinders with a feature film.

This seems to herald that the Shelby family will not totally have their final say with the TV series, but if it ends. So the future will tell us what it’s all about, in the meantime, we have one more season of Peaky Blinders to find out who to provide, whatever happens, a decent ending according to Tommy Bulfin, the executive producer.

Producer Caryn Mandabach thanked all the fans for their loyalty and patience, and said: “Steve’s scripts are amazing and mark the end of an epic story that has thrilled audiences since its launch in 2013, but the world of Peaky Blinders will certainly continue ”.

Read also: The Wilds Season 1: Her Majesty of the Flies