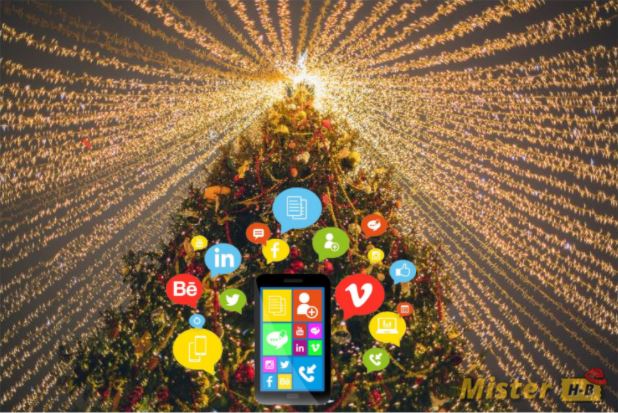 The world population spent 407.6 million dollars from various countries, on Christmas Eve on December 25 last, on mobile apps purchased from the Apple App Store and Google Play Store, as this figure represents 34.5% profits during an annual period where 303 million dollars were spent on mobile apps during Christmas Eve in 2019; This is according to preliminary data from the Sensor Tower application research firm.

According to the Indian site phonearena, mobile games accounted for the majority of spending on mobile apps on December 25; Where $ 295.6 million was spent solely on mobile games, an increase of 27% from the $ 232.4 million spent on games on Christmas Eve last year, and money spent on mobile applications not related to games on Christmas Eve increased by 59% on-year from $ 70.5 million last year to $ 112 million this year.

Once again, the Apple App Store received the largest portion of the money spent on apps globally last Christmas Eve, with Sensor Tower showing that $ 278.6 million, or 68.4% of the total, was spent on the App Store compared to the $ 129 million revenue that was Collected by Google Play Store.

These numbers indicate an increase of 35.2% on-year and a better year-over-year increase of 33% for the App Store and Google Play Store respectively, and in the United States, consumers spent a total of $ 130 million in both app stores on Christmas Eve this year, an increase of 38.7%, up from $ 93.7 million last year.

This year has set a record for mobile apps and games with more than $ 100 billion spent in app stores around the world for the first time, and although Android devices own nearly 85% of the global phone market, the App Store traditionally combines More revenues from Google Play Store.

Also read:  50% of Americans are unsure of the news sources on social media