Resident Alien Season 1: The Doctor is an Alien from tonight on SyFy 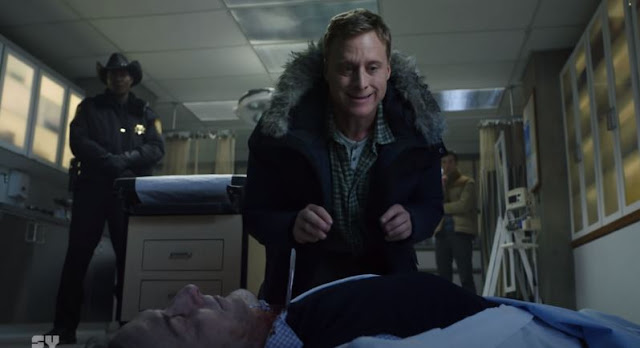 Expected last summer, the first season of Resident Alien finally arrives on the American small screen. The series begins tonight on SyFy and will be available in France in a month since it is scheduled on SyFy on Thursday, February 25.

Developed by Chris Sheridan, Resident Alien is an adaptation of the comic book of the same name created by Peter Hogan and Steve Parkhouse. It is the story of an alien who has to pass himself off as a doctor and finds himself caught in the heart of a mystery that intrigues him.

It all starts with a ship crash that forces an alien to seek refuge in the small American town of Patience. Using his unique mental abilities, he takes on a human appearance and becomes Dr. Harry Vanderspeigle (Alan Tudyk). All he wants is to be left alone, but when the real town doctor dies, he’s pressured to replace him and finds himself thrust into the heart of a murder investigation. Strangely, he discovered a certain interest in the work of the police.

In the cast of this first season of Resident Alien, we, therefore, find Alan Tudyk, who will be surrounded by  Corey Reynolds (All American), Alice Wetterlund (People of Earth), Sara Tomko (Once Upon a Time), and Levi Fiehler (The Fosters).

Read also: Rebel Season 1: every Thursday on ABC from April