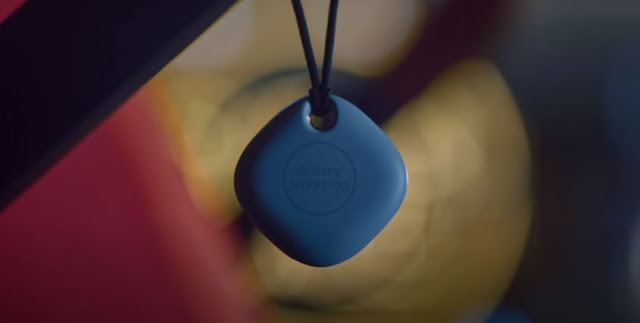 Samsung has added a new device to its family of smart devices, the “Galaxy SmartTag” device that works with “Bluetooth” technology, and helps in finding lost items, by suspending the device in the holdings that the owner does not wish to lose, and linking it to the “SmarThings Find” application on the phone.

The new device is a strong competitor to “Tile” and its family of leading products in the market, as it works in exactly the same way.

Besides the Bluetooth-enabled version, Samsung also unveiled another version of its new device, called “SmartTag +”, which works with the “UltraWide Band”, and allows the user to find their lost objects with higher accuracy than the “Bluetooth” version.

With the higher version, it will be possible to search for lost items via the camera, so that the “SmarThings” application can be opened and then the camera search feature is activated, so that guide arrows will appear on the user’s screen to tell him exactly where he is looking for with high accuracy.

The “UWB” version is more appropriate because of its multiple advantages compared to the “Bluetooth” version, in addition to the availability of many smartphones in the markets that operate with new technology, such as the new Samsung Galaxy S21 phones, as well as the Galaxy Note 20 phones.

Samsung’s move to enter this market is successful, especially as it comes in conjunction with the spread of new reports confirming the imminent entry of the company “Tile” with a new device that works with UWB technology in 2021.

In addition to the different technologies, Samsung will sell its new devices in two sizes, and there will be packages of these devices at reduced prices, to encourage users to try them.

The price of “SmartTag” with “Bluetooth” technology starts at 30 $, and if you buy a set of two pieces, the price is  50 $. As for 4 pieces together, the price will be  85 $. The products will be available by January 29, while “SmartTag +” will arrive at the end of the year.