Spotify registers a new patent for a user-listening technology 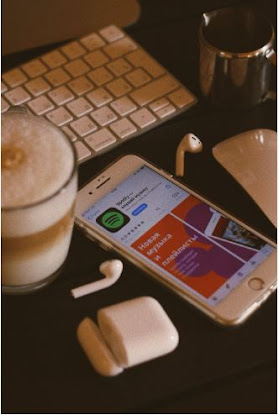 “Spotify” company has patented a new technology that depends on listening to the user’s speech and the surrounding noise, to determine his favorite music genre, thus improving the level of proposals submitted to it within its music application.

According to “Music Business Worldwide”, the patent was filed by “Spotify” in 2018 and was approved by the US Patent Office in January.

The patent clarified that the technology will extract information such as the psychological state, the rhythm of the music, as well as the content of the conversation that the user makes, and also information can be obtained from the audio clips such as the user’s gender, emotional state, and dialect, as well as the characteristics of the surrounding world, such as whether He was alone or in the company of some people.

The company indicated in the document that it is currently relying on the user’s input of data related to his musical taste, which it considers to some extent insufficient to provide accurate musical proposals that suit him, and the new technology will open a more accurate field in terms of the proposed clips.

A Spotify spokesperson commented in an official statement to Pitchfork that the company registers hundreds of patents annually regarding various technologies, some of these technologies are included in the company’s future products, and others remain as patents, without any comment on the patent. A newly registered invention.