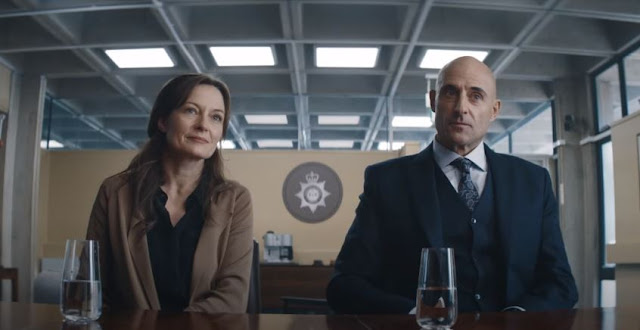 Mark Strong’s illegal clinic will soon reopen its doors on Sky One, which is now unveiling a trailer for season 2 of Temple, announced for 2021 (no specific date yet).

As a reminder, this adaptation of the Norwegian series Valkyrie, scripted by Mark O’Rowe, tells us the story of Daniel Milton (Mark Strong), a talented surgeon whose life becomes chaotic following a personal tragedy. He then decides to team up with Leo (Daniel Mays) to open an illegal clinic in an abandoned part of the London Underground, near Temple station. In this risky venture, Daniel and Leo are quickly joined by Anna (Carice Van Houten), a medical researcher, and Jamie (Tobi King Bakare), a wanted bank robber. With his team, Daniel begins to take charge of an increasingly surprising clientele.

Season 2 then begins a month after the end of Temple’s first season, with the team scheduled to reunite when old crimes they thought were buried rise to the surface. As Anna draws clients to the clinic for tests, Lee falls in love with someone preparing for the apocalypse, while Daniel tries to keep everything under control.