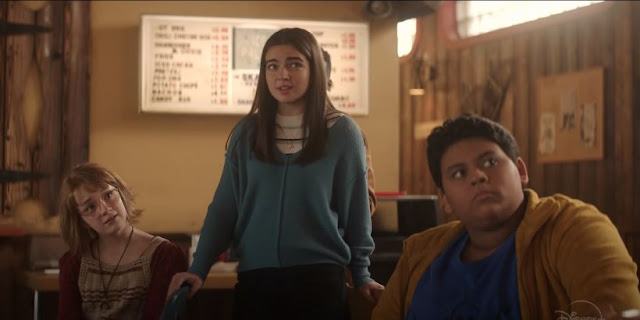 There’s no denying it, Disney + loves franchises and it’s bringing one back to life in two months, since we will be able to discover on the streaming platform the first season of 10 episodes of The Mighty Ducks: Game Changers from the Friday, March 26.

For the younger ones, The Mighty Ducks which is known in France under the title Les Petits Champions is a trilogy of films from the 90s in which Emilio Estevez played Gordon Bombay, a lawyer arrested for drunk driving was sentenced to work of general interest that led him to become an ice hockey coach. He then took under his wing a team of young players who were the worst in the league and made them champions.

In The Mighty Ducks: Game Changers which is written by Josh Goldsmith and Cathy Yuspa, the concept remains relatively the same. Gordon finds himself coaching a new squad of young players at the behest of the mother of one of them (played by Lauren Graham). A major challenge for him and for these young people.