Tobacco and Breastfeeding: what you need to know?

by Khaled H-B
in Health & Fitness
0 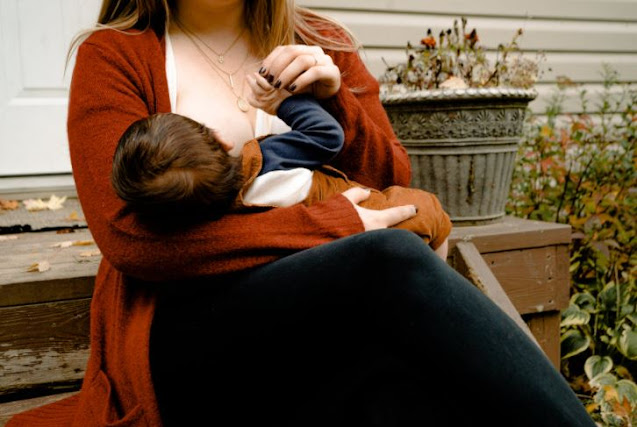 Can I breastfeed if I smoke?

Have you decided to breastfeed Baby while still craving a cigarette from time to time? Don’t beat yourself up, breastfeeding and smoking are not totally incompatible. Indeed, no “real” danger has been demonstrated, as long as consumption remains moderate! The nutritional qualities of your milk will still do their job: allow Baby to grow and protect himself against most infections! The benefits and protective effect of breastfeeding against respiratory infections exist even in cases of maternal smoking. There is a tendency to say that a baby who is breastfed by a smoker is better than a baby who is not breastfed and exposed to second-hand smoke.

Does nicotine pass into breast milk?

Smoking cigarette and breastfeeding: the risk of weaning the baby earlier

The special flavor tobacco gives your milk is not to the taste of all babies either. If you continued to smoke during your pregnancy, your child is used to it (the tobacco was already passing through the amniotic fluid) and should not balk at the time of the feed. On the other hand, if you resumed smoking at birth, you may have to wait for a little before Baby appreciates this strange scent.

Tobacco and Breastfeeding: what are the consequences for the baby?

If you are a “heavy” smoker

While breastfeeding, your baby is sure to ingest nicotine! This is absorbed by the body and ends up in milk. Note that its concentration depends on the number of cigarettes you smoke, the way you smoke (with or without inhalation), and the time elapsed between the last cigarette and the feeding. It is best to wait two hours after smoking to feed your child. If you are not a “heavy smoker” – that is, up to 5 cigarettes a day – Baby won’t be more restless than any other. On the other hand, if you are a heavy user of nicotine (10/15 cigarettes per day), signs of intoxication may appear. Help in quitting or simply reducing tobacco is then more than recommended.

Tachycardia, pallor, vomiting, diarrhea, drowsiness, and over-restlessness are visible in babies absorbing high nicotine levels. Researchers have found, in the urine of babies breastfed by smoking mothers (more than five cigarettes per day), a level of cotinine (nicotine by-product) ten times higher than that of babies with smoking mothers, but fed on artificial milk. Also, note that colic is twice as common in babies of smoking mothers.

How long after smoking can you breastfeed?

It takes about 8 hours for all traces of nicotine to disappear from the blood. If you can’t stop smoking, it’s best to smoke after you feed.

Watch out for passive smoking!

Tobacco smoke in the ambient air is more harmful to your baby than the nicotine it absorbs through breast milk. Passive smoking increases the risk of ENT and bronchopulmonary diseases, as does the occurrence of sudden infant death syndrome.

A tip for parents who smoke: never smoke in the house and remember to ventilate your interior regularly!

Stopping smoking is obviously THE most appropriate solution to preserve Baby during breastfeeding when you are a smoker. If you are feeling up to the task and motivated enough, now is the time! But the postpartum period is often accompanied by great emotions. You may not need to add the stress of not smoking to it.

Patch, chewing gum: what about nicotine substitutes during breastfeeding?

Know that nicotine substitutes are useful if used correctly. The best? Chewing gums, taking the same precautions as if you were smoking: take them right after feeding. If you opt for the patch, choose one that comes off at night so that the nicotine doesn’t leak into your milk all the time. In any case, do not hesitate to call a tobacco specialist, he will be able to guide you step by step to quit smoking.

Read also: 5 Foods that boost fertility in women and reduce the risk of miscarriage

Read also: Yoga for Beginners: Top ten basic exercises you can do with ease.

The first wrinkles in question

Preparation for childbirth: the Bonapace method

Hand eczema: how to treat it?