by Khaled H-B
in Travel
2 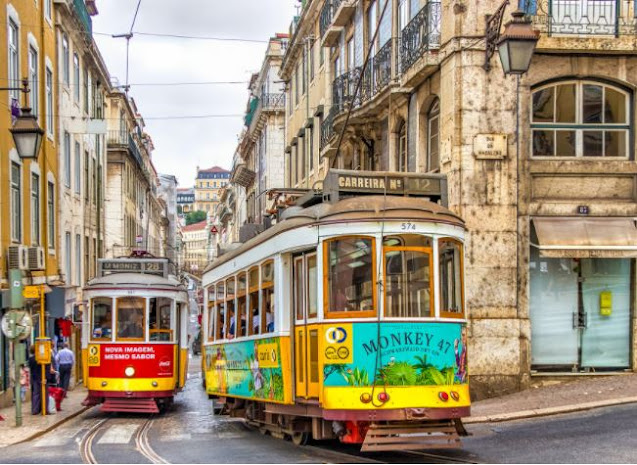 Vacation in Portugal: discover the country and its coastline

Vacation in Portugal allows you to discover an authentic country and great beaches bordering the Atlantic Ocean. This country only has a land border with Spain. It has a magnificent coastline from north to south which is still quite wild. The capital of Portugal, Lisbon, is an incredibly picturesque city, built on seven hills, with many historic districts.

Spend a great holiday in Portugal while visiting Lisbon

Of all the neighborhoods in Lisbon, the most representative and oldest is Alfama. To visit it, take the legendary tram n ° 28, so picturesque! Going back down, go to the Tower of Belém on the banks of the Tagus: it was built in 1515 to watch over the port and control the passage of ships. Among the many architectural works, you can also see:

Vacation in Portugal in the beautiful Algarve region

The Algarve is the southernmost region of Portugal. It is very popular with holidaymakers from all over the world for its beaches surrounded by beautiful cliffs falling into the sea and its towns with white houses. Here are a few must-see sites:

La Ponta da Piedade, next to Lagos: this natural site offers a breathtaking view of the ocean and the Cabo de Sao Vicente.

The Ria Formosa Natural Park: this 60 km long nature reserve is home to a wide variety of migratory birds in a landscape of islands and canals that are unique in the world.

The pretty town of Tavira, so picturesque with its 21 churches, its old Moorish quarter, and the ruins of its castle offering a beautiful view of the surroundings.

Faro is the capital of the Algarve. It has a pretty historic center.

The Cabo de Sao Vicente called since the Middle Ages “the end of the world”. This cape is at the southernmost tip of Europe. To see on the spot: the fortress of Sagres, the lighthouse and the old monastery.

You can also visit the interior inland by following the beautiful Douro Valley, known for its vineyards and wines, including those of Port. Also worth seeing: the beautiful city of Coimbra and the Velha Cathedral, the Monastery of the Holy Cross and its convent, as well as the Roman remains of Conimbriga. 70 km south of Coimbra, the city of Fatima is home to a world-famous Catholic shrine. The Virgin would have appeared there in 1917. It is possible to visit the Basilica of Our Lady of the Rosary as well as the Museum of Sacred Art.

Read also: The Best places to visit in the US