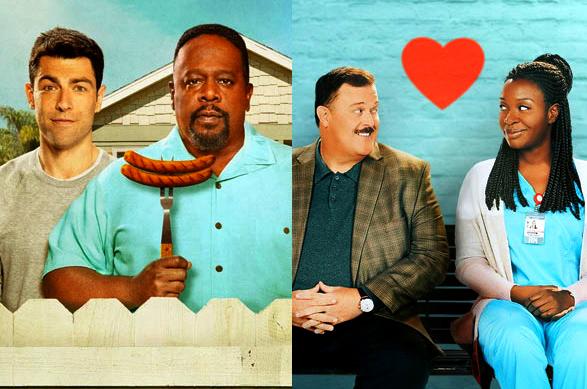 CBS is gearing up for next season and starting to make decisions. Thus, the American network has, for example, announced the cancellations of NCIS: New Orleans and Mom, but also the renewal of its two Monday night comedies, namely The Neighborhood and Bob Hearts Abisha, for a season 4 and a season 3 respectively.

Two completely legitimate renewals given the audiences of the two comedies allow the network to ensure good Monday nights. Indeed, The Neighborhood is the second most followed comedy, behind Young Sheldon, with 7 million viewers, while Bob Hearts Abishola now seduces 6.7 million people.

Comedy by James Reynolds, The Neighborhood is about Dave (Max Greenfield), the nicest guy in the Midwest who settles with his wife Gemma (Beth Behrs) in a difficult area of ​​Los Angeles where not everyone appreciates his extreme neighborhood starting with his neighbor Calvin (Cedric the Entertainer) and his wife Tina (Tichina Arnold). Still, the two couples will more or less develop an improbable friendship. Marcel Spears Sheaun McKinney and Hank Greenspan round out the cast.