Big Sky Season 1: A kidnapping in Montana that goes off the rails quickly (on Disney + Star) 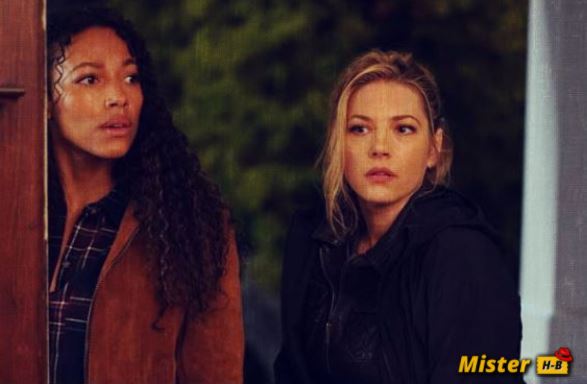 This article covers the first plot of this season 1 of Big Sky, the one that spans episodes 1 to 9. This series is available in France on Disney + Star from February 23, 2021.

After a quiet period at the start of the last decade, David E. Kelley has made a comeback with cable and streaming series (Goliath, Big Little Lies, Mr. Mercedes, The Undoing). Here he comes back now on one of the big networks with Big Sky proposed this season on ABC.

Based on the novel At the End of the Road, Hell by C.J. Box, Big Sky begins with the kidnapping of two teenage sisters in Montana. These were to join the Hoyt family and, not seeing them arriving, Cody (Ryan Phillippe) sets out to find them. This private investigator quickly hits a wall, prompting his partner, Cassie Dewell (Kylie Bunbury), and his future ex-wife, Jenny Hoyt (Katheryn Winnick), to join the investigation.

It doesn’t take long to find out who is responsible for the kidnapping, but also that Danielle and Grace (Natalie Alyn Lind and Jade Pettyjohn) are not the only victims, as Jerrie (Jesse James Keitel) is also captive by their side. She is just the last name on a long list of women these criminals have quietly eliminated. Time is running out because the publicity generated by the disappearance of Danielle and Grace puts pressure on their jailers.

Read also: No season 8 for NCIS: CBS ends the series

The first episode of this season 1 of Big Sky ends with a surprising twist. So this promises a story where anything is possible. In a way, the promise will be kept, but not necessarily in the best possible way.

First, we follow the investigation, which gets mixed up with a touch of soap opera, as Jenny has to work with Cassie after she finds out she was having an affair with Cody. A conflict, like other important elements at the beginning, will quickly be put to one side. There just isn’t room for it. The story tries to cover detectives as well as kidnappers and victims. It helps to invest in the fate of the three young women who are being held captive. We fear for them as we see the kidnappers revealing their neuroses and family problems while gradually losing control of the situation.

On paper, this is an interesting approach. In practice, this borders on the ridiculous a little too often, and the stakes are hardly fueled by uninventive writing which sometimes makes the whole too monotonous and sadly predictable.

Read also: Behind Her Eyes: Thriller of the new British series available now on Netflix

This whole first plot spans 9 episodes. It’s not long, but she runs out of steam halfway through. Worse, the investment we have in the three kidnappers is never properly exploited. Any developments that have been made with them are thrown out the window along the way so that one can focus on tracking down the kidnappers. As these gradually become more and more eccentric, Big Sky loses its consistency and strangely borders on self-parody.

When the conclusion comes, there is nothing to be fully satisfied with. In part, this is the desired result, since some items are not resolved. The concern is that the conclusion is mostly disappointing, as it had been three episodes since it was reached and the writers just stretched the situation to push back the inevitable.

So this first Big Sky storyline didn’t maintain the level of its introduction for long. When it ends, the main characters are barely developed and the case flattens out after flirting with the absurd. This resulted in a series whose interest quickly evaporated and which failed to recognize its strengths. Perhaps the next investigation will manage to rectify this.