Breeders Season 2: in March on FX and Hulu 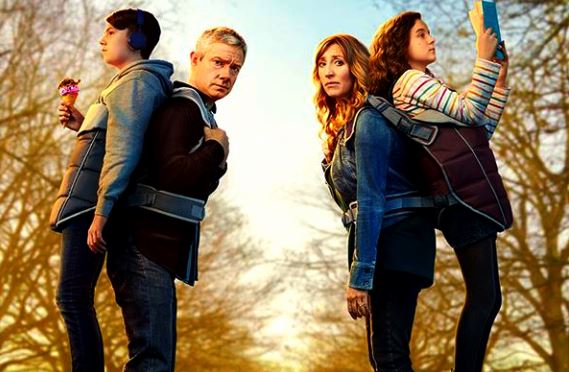 Being a parent is a blessing and a curse When Ally’s estranged father shows up on the doorstep, the family simply welcomes a third child into the home – one with baggage and opinions. Ally and Paul thus have to deal with the fact that they would be willing to kill for their children, but also that they regularly want to kill them.

The hard life of parents resumes for Martin Freeman and Daisy Haggard in season 2 of Breeders, broadcast from March 22 on FX and available the next day on FX on Hulu.

There will be10 episodes of the family comedy series Breeders season two.

As a reminder, Breeders second season is a creation of Simon Blackwell (Veep), Chris Addison (The Thick of It), and Martin Freeman (Sherlock, Fargo) who is interested in Paul and Ally, a couple who juggle between their work, their parents, their borrowing and the education of their young children. Ally and Paul have to deal with the fact that they would be willing to kill for their children, but also that they regularly want to kill them.

Breeders season 2 takes us back to the daily life of the family, taking place a few years after the first season. Luke (Alex Eastwood) is now 13 and Ava (Eve Prenelle) is 10, creating new challenges for their parents to overcome. As their son grows more and more anxious, their daughter asserts her independence and places them in front of unexpected complications in their already chaotic lives. Paul and Ally also discover that they have to deal with both their children AND their parents – Jackie and Jim, Paul’s, and Leah, Ally’s mother.