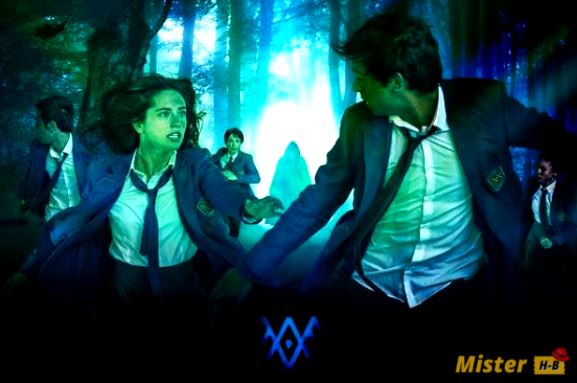 No respite for the Spanish students, but this time it is on Amazon Prime Video that it happens with the series El Internado: Las Cumbres. All the episodes of the first season are therefore available now.

Developed by Laura Belloso and Asier Andueza, El Internado: Las Cumbres is a reboot of the 2007 El internado series which takes us to the Las Cumbres boarding school. In this impregnable fortress, built on the side of cliffs, the pupils are subjected to an iron discipline and from which it seems impossible to escape. Despite this, two of them manage to do so one night and venture into the forest, but everything turns sour, for survival around the residential school is far more dangerous than within it, and the forest far more terrifying.

After this failed escape attempt, Manuel disappears into the forest at the hands of a mysterious man in a crow mask. Despite the iron discipline in which they operate, Paul, Amaia, and their friends do not stop looking for him for a minute. During their adventure, they discover that the ancient lodge that lived in the forest, the Crow’s Nest, continues to commit crimes.