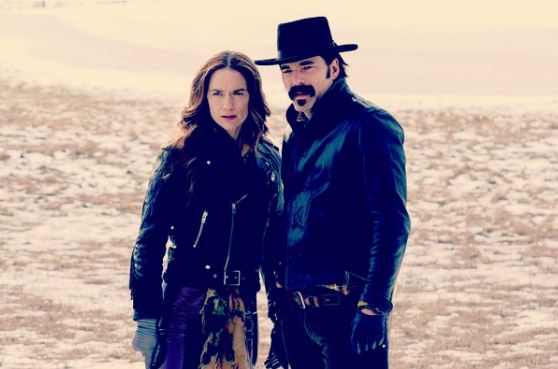 While Syfy announced the broadcast of the last episodes of season 4 of Wynonna Earp from Friday, March 5, the American channel also revealed that it would be the end, having decided not to renew the series for a season 5.

Fantastic Western developed by Emily Andras based on Beau Smith’s comic book, Wynonna Earp has been airing since April 2016 on Syfy and follows Wynonna (Melanie Scrofano), Wyatt Earp’s heiress and the only one who can use her magic gun, Peacemaker, and cleanse the small town of Purgatory of the supernatural creatures found there. She does not face demonic forces alone, she is supported among others by her sister Waverly (Dominique Provost-Chalkley), Special Agent Dolls (Shamier Anderson), Officer Nicole Haught (Katherine Barrell), scientist Jeremy Chetri (Varun Saranga), as well as Doc Holliday (Tim Rozon).

The cancellation of Wynonna Earp is not very surprising, the future of the series is more or less in danger for almost two years, since the production of the fourth season was postponed due to financial difficulties on the side of producer IDW. Entertainment. Cineflix Studios joined the series as a co-producer, thus making it possible to complete this season 4.

Let us add that, for Syfy, Wynonna Earp delivers modest figures with its season 4 to date (an average of 320,000 viewers for its first day of broadcasting). The series remains popular on social networks and above all has been nominated several times at the GLAAD Awards for its LGBTQ representation.