Outlander: the shooting of season 6 has started, the proof with a video 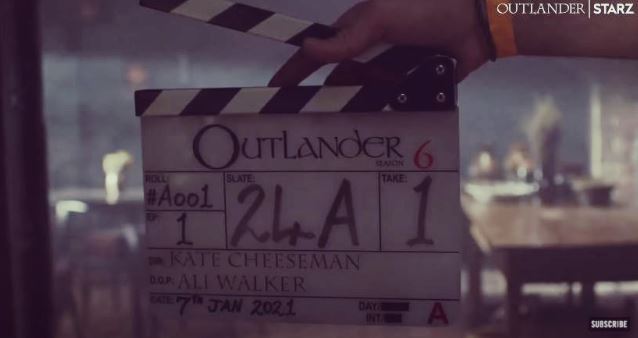 A year after Season 5 aired, the Outlander crew have found their way back to the film sets and are sharing this good news with us with a video.

It’s been a while since this season was ordered by Starz who had renewed the season in 2018 for a season AND a season 6. The latter thus continues to bring to the screen the work of Diana Gabaldon with always Ronald D. Moore in showrunner and this is how the twelve episodes of the season will return to the events taking place in volume 6 of the literary saga, The Snow and the Ash.

According to the book’s summary, action resumed in 1772. The rebellion burns: in Boston, corpses lie in the streets, and in North Carolina, cabins are set ablaze in the forest. A shadow hangs over Fraser’s Ridge, a community where Claire and Jamie had happy days. When the governor seeks a charismatic figure capable of uniting the hinterland and easing tensions between Indians and settlers, all the restless members of the colony see Jamie as the man for the job. But things are not so simple … Despite themselves, Claire and the Scottish warrior are swept up in a whirlwind of violence, settling of scores and perfidy. After having defied the centuries, will their love be able to survive these torments?