Paradise Police season 3: The most inappropriate cops return in a month 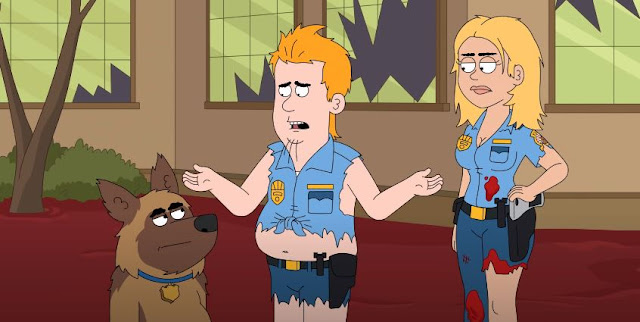 If the majority of series have fallen behind this year, this is not the case with season 3 of Paradise Police which will return to Netflix just one year after the broadcast of season 2. We will be able to discover 12 new episodes on March 12th. At the moment, we have the right to a trailer.

If you’re not familiar with this Roger Black and Waco O’Guin (Brickleberry) creation, Paradise Police is an animated comedy with a pretty self-explanatory title. Indeed, it is about the cops of Paradise Police.

In season 3, the town of Paradise was completely wiped out, but the police are no longer useful. On the contrary, in the face of destruction, they are worse than ever.