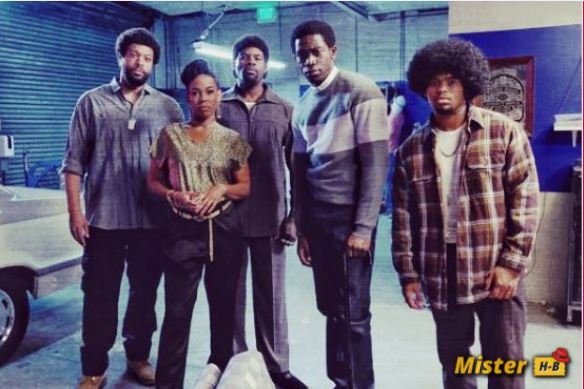 Finally, back after a longer hiatus than usual, Snowfall kicks off season 4 tonight on US channel FX with its first two episodes. We will be able to discover them in France from tomorrow, Thursday, February 25, from 11 p.m. on Canal + Séries.

If you’re unfamiliar with the series co-created by the late John Singleton with Eric Amadio and Dave Andron, it tells the story of Franklin Saint (Damson Idris) who makes a fortune selling crack cocaine, teaming up with the CIA and other dealers to get there, which always gets him into more trouble. Season 3 was set in the summer of 1984 as the police began to realize the magnitude of the drug market.

Season 4 begins on January 1, 1985. Ronald Reagan has won his re-election campaign and the demand for crack is still going strong, benefiting Franklin Saint (Damson Idris) and his team. However, they begin to realize the extent of the damage their product has caused to their community. They are not the only ones, as the Los Angeles Police Department begins to dedicate funds to the war on drugs and powerful people in the political world find themselves questioned about it. The pressure thus begins to rise.