Superman and Lois: Not easy being a parent and a superhero now on CW 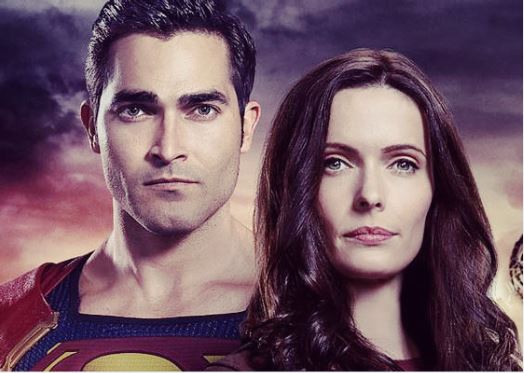 Is it an airplane? Is it a bird? No! It’s Superman & Lois who are entitled to their series in The CW’s superheroic universe. The Kryptonian and the journalist are set to embark on new adventures on The CW starting February 23 with a double-episode.

The latest spin-off to date of the Arrowverse, derivative of Supergirl, in this case, Superman & Lois offers us without any surprise to follow Clark Kent / Superman (Tyler Hoechlin) and Lois Lane (Elizabeth Tulloch) as they try to lead their hectic professional life and equally hectic family life with their two sons, Jonathan (Jordan Elsass) and Jordan (Alexander Garfin). When not facing monsters and other criminals taking on Metropolis, Clark has to worry about his children who may have inherited his powers.

When the series begins, Lois, Clark, and their sons return to Smallville to take care of the Kent family’s business. There, they reconnect with old acquaintances like Lana Lang (Emmanuelle Chriqui). They aren’t the only ones to find familiar faces, with their two sons reuniting with Sarah, the rebellious daughter of Lana and her husband Kyle. This journey is not easy, as Superman’s life never is and General Samuel Lane comes to find Superman in an attempt to defeat an enemy or save lives.

The first season of Superman & Lois, therefore, stars Tyler Hoechlin, Elizabeth Tulloch, Jordan Elsass, Alexander Garfin, and Emmanuelle Chriqui, but also Erik Valdez, India Navarrette, Dylan Walsh, and Wolé Parks. Also note that David Ramsey of Arrow has to reprise the role of John Diggle for at least one episode, in addition to getting behind the camera to direct one. However, the pandemic has diminished ties with the franchise, with the announced crossover with the Batwoman series having since been canceled.