The Drowning: Grieving mother thinks she has found her son 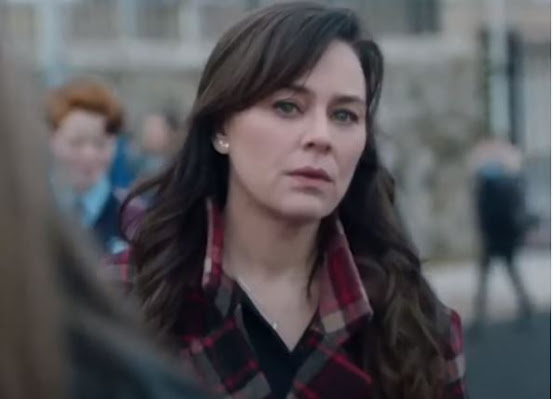 The Drowning is the new thriller from Channel 5 which tells us the story of a grieving mother who is convinced to have seen her son, presumed dead several years ago, from this February 1st, the 4 episodes being broadcast on weekdays, Monday to Thursday.

Coming from Francesca Brill and Luke Watson, The Drowning is therefore a British series that focuses on Jodie, a woman who lost her son nine years ago during a family outing. The latter disappeared and it was later concluded that he must have drowned in the lake.

Now Jodie has been penniless and alone since her husband left her for her former best friend. As she’s on her way to deliver an important speech about her struggling company, she thinks she sees Tom, now a teenager. She follows him to his school to find that he has no memory of her and his name is Daniel. She decides on a whim to pose as the school’s music teacher in an attempt to get closer to him, jeopardizing what she had managed to rebuild in his life.

Read also: Tell Me Your Secrets: coming in February on Prime Video