The Investigation: The Whole Truth About Kim Wall’s Death 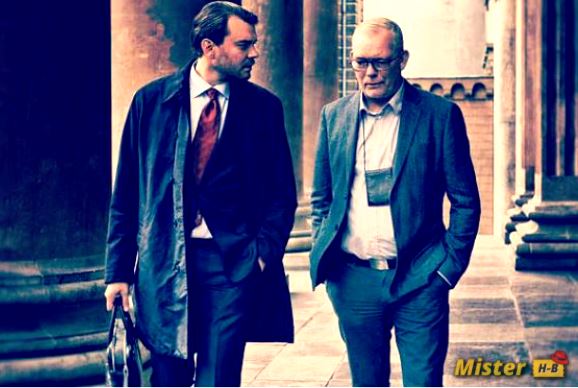 While True Crime is no slouch, the miniseries The Investigation arrives from Denmark with the ambition to show that the genre can still surprise for good reasons.

In 2017, a Swedish journalist died while aboard an eccentric Danish home-made submarine. The police believe it to be a murder and thus arrest their only suspect who is telling his side of the story. Others followed each new explanation pushing detectives into more dead ends as the press made a sordid spectacle of the matter.

A few years later, while working on another project, writer and director Tobias Lindholm (Borgen, Mindhunter) met (now retired) detective Jens Møller Jensen who told him about his role in this case. Lindholm discovered the truth in this way, the one journalists have not told, and he decided to make the series as respectful as possible.

The Investigation had everything to become just another luxury True Crime series. She’s tackling a case that made headlines in her country. A murder story with ever more murky details and a suspect who loves attention. All the ingredients were there to create one of those series that fascinate because of its perversion, but that was not what Tobias Lindholm wanted to do.

In the six episodes that make up this miniseries, we do not hear the name of the culprit. That of his victim, on the other hand, is well put forward. Kim Wall was an activist journalist who traveled the world to provide a voice for the marginalized. Yet when he died, his was smothered and his identity taken away in favor of a shameful sordid spectacle playing out in the media.

It’s no wonder, then, that The Investigation, in an honest quest for truthfulness, finds itself giving Kim Wall the tribute it deserves. It was no small feat for Detective Jens Møller Jensen (played by Søren Malling) who led a small team of investigators and a large fleet of divers who spent weeks searching for clues that would yield the conviction of the killer.

Here, there is no question of playing the mystery around the culprit. It is all about the frustrating process, the one that makes the Danish justice system work for better and worse. With prosecutor Jakob Buch-Jepsen (Pilou Asbæk) coming by regularly to recall what the police must demonstrate – which changes each time the killer adapts his story to stick to the discoveries – there is no room for twists that redistribute all the cards.

The investigation doesn’t seek to put on a show. It’s not about suspense, it’s about procedure, emotions, devotion, and limitations. With Jens developing a connection with Kim Wall’s parents, the tale quickly becomes more personal and the setbacks that punctuate the investigation hit harder as the days go by. This reaches the point that all discoveries appearing to lead to the truth are met with doubt because analyzes never deliver the definitive proof sought. In the absence of it, uncertainty hangs over and the weight of it becomes stifling.

Tobias Lindholm used the boats and the men who took part in the investigation. He spoke with Kim Wall’s family and the detectives. He made The Investigation a tale driven not by the need to captivate the viewer, but by the need to be honest. This results in a series that is more human than expected and which is on purpose frustrating.

In this sense, The Investigation achieves its goal. She shows that the True Crime genre also works when it isn’t about a killer. He made this story that of Kim Wall and not that of his murderer. Thus, this miniseries is a continuation of what some British productions have proposed in recent years by giving a voice to the victims. This is done in sobriety and at a slow pace, but under control. The result is as immersive as it is atypical. A success of its kind.