The Moodys Season 2: The whole family reunites again on FOX 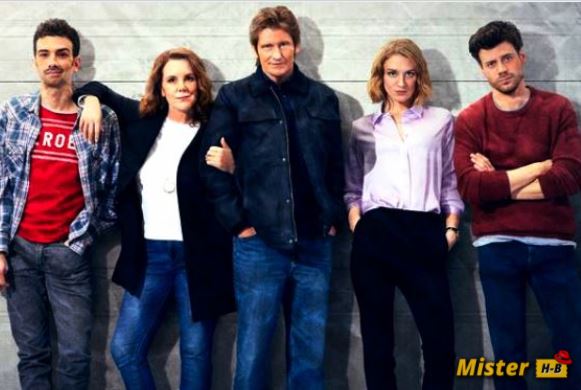 A year and a half after their first family reunion, The Moodys is preparing a new one. This time, they are not going to celebrate Christmas, since they return to the American channel FOX on April 1st. While waiting to find them, here is the teaser trailer.

If you’re unfamiliar with the Moody family, they came to brighten up FOX’s 2019 end of the year. The remake of the Australian miniseries A Moody Christmas, the 6-episode first season of The Moodys was therefore interested in this Chicago family, where the members meet to spend the holidays. We had parents Sean Sr (Denis Leary) and Ann (Elizabeth Perkins), and their three children: Sean Jr (Jay Baruchel), the oldest and the “failure” who still lives with his parents; Bridget (Chelsea Frei), their ambitious daughter; and Dan (François Arnaud), the creator of the clan.

Read also: Kevin Can F ** k Himself Season 1: Allison Isn’t Like Any Other Sitcom Wife

In season 2, Sean Sr prepares a road trip with his wife to celebrate his retirement and already sees Sean Jr take over the family business. In reality, Ann isn’t planning on hitting the road, determined to pursue her career for now, while Sean Jr. is not ready to take over from her father. For her part, Bridget is in the middle of her divorce and returns to her parents’ place while her house is renovated, and Dan leaves Brooklyn to live in Chicago with his girlfriend, Cora (Maria Gabriela de Faria) and realizes that her relationship is moving faster than he had imagined. Once again, the Moody family is reunited under one roof.