Trapped Season 2: Return to the Icelandic cold this Sunday on Polar + 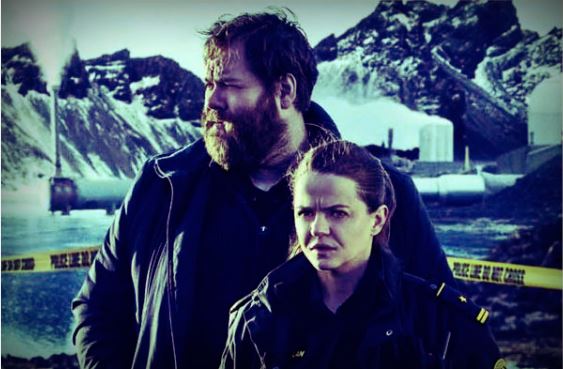 Already offered on France 2 almost two years ago, season 2 of Trapped arrives this Sunday at 8:55 pm on Polar + for those who would like to (re) see it, enough to prepare yourself before the suite goes online on Netflix. The platform has indeed ordered a spin-off entitled Entrapped which will arrive soon.

Taking place three years after the events of the first season, this season 2 of Trapped begins in front of Parliament in Reykjavik. A man calls out to Halla Thorisdottir, then Minister of Industry, and immolates himself in trying to drag him into the flames with him. What happened? Why did this man, the minister’s twin brother, commit this extreme act? Andri Ólafsson is appointed head of the investigation by the Prime Minister.

The case takes him back to Siglufjördur, the small town he left behind, where dark secrets lie around a fjord bordered by deep valleys and mysterious mountains. He finds Hinrika and plunges into a complex investigation: is it a terrorist threat from the ultra-nationalist movement Hammer of THOR? Opponents of the aluminum plant under construction? Or old quarrels from the past? More murders will escalate the tension. In addition, Andri has difficulty communicating with his daughter who does not hesitate to put obstacles in his way …

Note that season 2 of Trapped is also available on DVD and Netflix.