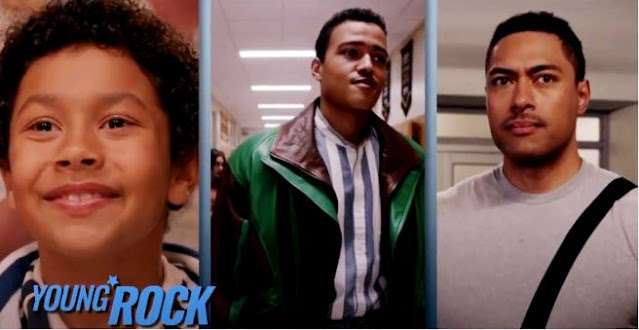 After launching the new Mr. Mayor in January, two new comedies are coming to NBC‘s programming schedule. More precisely, the sitcoms Young Rock and Kenan are broadcast on the American network from this Tuesday, February 16, 2021.

First of all, Young Rock is a creation of Dwayne Johnson, and Nahnatchka Khan is inspired by the life of the first and will then focus on three chapters of its existence. From his teenage years surrounded by colorful characters to his professional wrestling live to his college football years, the series explores the events that made Dwayne Johnson the man he is today and all of us. the larger-than-life characters he has encountered over time.

Kenan, on the other hand, comes from Jackie Clarke and David Caspe and thus stars Kenan Thompson as a widower with two children, Aubrey and Birdy, in Atlanta, Georgia. Kenan is the host of a morning show and struggles to rebuild a life by moving away from the previous one. This is often complicated by his stepfather Rick, but also his brother Gary who lives with him.