A season 2 for Mr. Mayor, Ted Danson continues his mandate on NBC 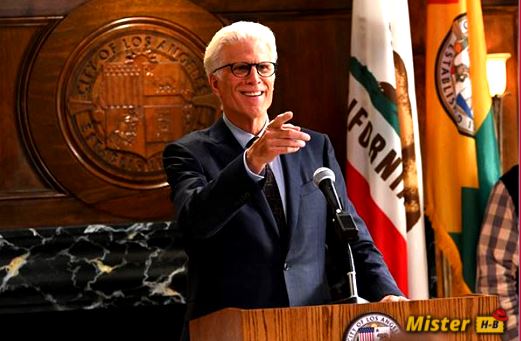 Ted Danson’s tenure continues on NBC, the US network has just announced the renewal for a season 2 of its comedy Mr. Mayor.

The latest creation from the duo formed by Tina Fey and Robert Carlock, Mr. Mayor centers on Neil Bremer (Ted Danson), a former businessman who is running for election to be mayor of Los Angeles simply to prove that he is. still in the game. Once he is declared victorious, he finds out what the job really involves and must demonstrate that he fits, while earning the respect of his team and his biggest critic (Holly Hunter), but also connecting. with her teenage flaw (Kyla Kenedy). Vella Lovell, Mike Cabellon, and Bobby Moynihan round out the cast.

Currently, Mr. Mayor is turning out to be NBC’s second most-watched comedy of the season, behind Young Rock. It averages 4.46 million viewers per episode during the first week. Since the launch of the series (more than two months ago), the American network has declared that the pilot of the series has been seen by 16 million people, across all platforms.

Mr. Mayor is NBC’s first new release of the season to land a renewal, as it has been announced that Superstore is nearing its conclusion and that Brooklyn Nine-Nine will see its final episodes air next season. The network has already renewed the Chicago franchise, as well as The Blacklist, New York Special Unit, New Amsterdam, and This is Us.