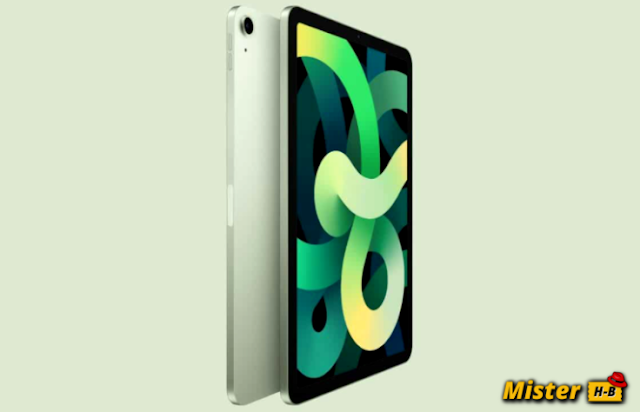 Apple would announce the first iPad Air with an OLED display sometime next year. The Cupertino company would also market the first MacBook Air with a Mini LED screen. In any case, this is what Ming-Chi Kuo, a famous specialist analyst suggests. At the same time, a leak confirms the imminent arrival of the first iPad Pro with a Mini LED panel rather than OLED. We take stock.

A new report from Ming-Chi Kuo, relayed by our colleagues at 9to5Mac, prophesies the arrival of the first iPad Air with an OLED screen. If the analyst’s information is confirmed, it would be the iPad Air 5. Apple would also use an OLED screen on its future entry-level iPad. De facto, the Cupertino giant would completely abandon LCD screens on its tablets.

More upscale, the iPad Pro would embed a Mini LED screen. According to a recent Bloomberg report, Apple will announce the first iPad Pro with a 12.9-inch Mini LED display starting next month. We imagine that this premium tablet will be announced during the hypothetical keynote dedicated to AirTags, AirPods 3, and AirPods Pro Lite in April 2021.

Still, according to Ming-Chi Kuo, Apple would also launch a MacBook Air with a Mini-LED screen in 2022. According to the analyst, the Cupertino company would like to reserve this screen technology for machines dedicated to productivity. Contrary to previous rumors that appeared on the web, Apple would not want to use OLED panels on Macbooks.

Apple is concerned that OLED panels will suffer burns if “users work with the same software for several hours”. OLED screens that display the same image for hours on end sometimes experience a “burn-in” problem. Concretely, the displayed image remains slightly visible on the slab. This is a phenomenon inextricably linked to the operation of OLED, whether on smartphones, PC, or television.

To avoid these concerns of burns, Apple preferred to use Mini LED screens on its laptops. Micro LED technology offers similar advantages to OLED (deep blacks…) but is not affected by “burn-in”.