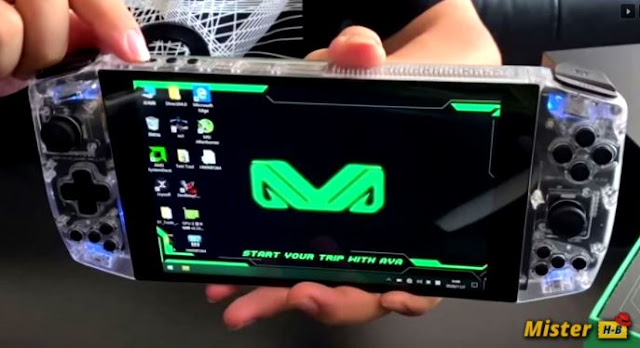 The AAY-NEO fundraising campaign has exceeded all of its builder’s expectations. For 45,000 € requested, 1.3 million has been paid. The Nintendo Switch-style gaming PC has found its audience. Especially since its launch, now scheduled for May 2021, has been delayed due to component shortages.

Tremble Nintendo! The AYA-NEO was a real hit even before its release. Yesterday, its manufacturer launched a fundraising campaign for € 45,373. As of this writing, the prize pool peaks at over 1.3 million euros. Does the Switch, which inspired the design of the console, have to worry about? Let’s analyze the situation.

For starters, the AYA-NEO is not strictly speaking a console, but rather a gaming PC. In a portable format, the latter manages to embed a relatively impressive technical sheet: an AMD Ryzen 5 4500U processor engraved in 7 nm, a Radeon Vega 6 graphics card, 16 GB of RAM for 1 TB of storage… The Aya-NEO and Nintendo’s console don’t play in the same court.

CAN AYA-NEO COMPETE WITH THE NINTENDO SWITCH?

However, it is difficult to close our eyes to the similarities. Its touch screen, its joysticks, and its overall design are largely reminiscent of the Switch. Especially since AYA-NEO has one great advantage: the ability to properly spin the headlines of the day. On its financing page, the manufacturer proudly displays the results obtained by its laptop PC. We see in particular Assassin’s Creed Valhalla, Cyberpunk 77, and Red Dead Redemption 2 available in Ultra, provided you make a sacrifice on the sacrosanct FPS.

But Nintendo has no shortage of arguments. On the one hand, the console has an already strong and loyal gaming community. Since its release, it has broken the firm’s sales records one by one, and for good reason: buying a Nintendo console means allowing yourself to play all of the firm’s exclusives. No Zelda, Mario, or Animal Crossing will see the light of day on AYA-NEO. Then, the manufacturer already has its response in the starting blocks, with a more powerful Super Switch most likely under development. Finally, the AYA-NEO is not hybrid: you can plug it into your TV for a bigger screen, but not through Nintendo’s handy docking system.

The PC, therefore, has many advantages but is surely aimed at a more closed audience than that of Nintendo. Still, the expectations are high on the side of the participants in the fundraising campaign. After a first postponement of the release, the fault of the shortage of components, the machine is ready to launch on the market. It is already out of stock. Only the 1TB models at € 727 and Ultimate 1TB at € 802 are still available. Release scheduled for May 2021.