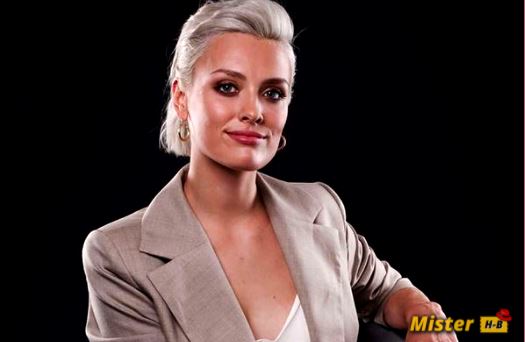 Over 10 months ago now, we learned that Batwoman headliner Ruby Rose was leaving The CW’s superhero series at the end of its first season. The choice was then made not to simply re-cast the actress, but to introduce a new character. This is how Javicia Leslie was chosen to become Ryan Wilder, the new Batwoman.

We are now in the heart of season 2 of Batwoman, the CW having recently broadcast episode 8, and officially announces a new actress to take the place of Ruby Rose, to play Kate Kane.

Warning, the following are spoilers… The last episode of Batwoman revealed that Kate was alive and well, but unrecognizable due to injuries from the plane crash that took place at the start of season 2. She is therefore being held, hostage. , the face concealed by bandages. And it is the actress Wallis Day (Krypton) who plays the character in the series from then on. / end spoilers.

Kate Kane’s disappearance was presented to showrunner Caroline Dries as one of the mysteries at the heart of Batwoman Season 2. So the story is now taking a turn, so future episodes should focus on what happened to Kate Kane and how it affects her, naturally continuing Ryan’s story. The Creative Team insists that Ryan Wilder is now Gotham’s Batwoman and that is not going to change.

Batwoman season 2 continues from Sunday, March 28 on The CW.

The day will play an “altered version of Kate Kane,” in the words of Caroline Dries, the showrunner of the superhero series. And knowing if it is her, and if so, where she went, will be the mystery around which the second half of the season will revolve when everyone thinks Kane is dead because we found pieces of his body.

In May 2020, we learned that Ruby Rose had decided to leave “Batwoman”. The physical demands of the role and back surgery that she could not recover from are the reasons she decided to quit superheroic fiction. A few months later, Javicia Leslie plays the heroine Ryan Wilder, a former homeless inmate who accidentally finds a bat costume.