ENOLA HOLMES 2: A SUITE FOR SHERLOCK’S SISTER ON NETFLIX? 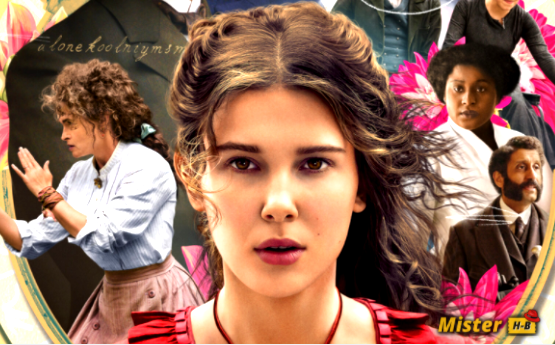 The character of Sherlock Holmes is beloved by audiences in both series (played by Benedict Cumberbatch) and in his film (played by Robert Downey Jr).

Enola Holmes is inspired by the “Enola Holmes Investigations” series of books which was published between 2006 and 2010. Enola is the sister of Sherlock Holmes. She is the youngest member of the Holmes family and has not seen her brothers (Sherlock and Mycroft) for a long time.

Enola became a detective when her mother disappeared. Her mother’s disappearance also became a way to find Sherlock and Mycroft.

Netflix is ​​famous for making movie sequels as well as series, so it won’t be shocking to see the second part of “Enola Holmes”. But all of these things depend on the public response to Part One. In any case, Millie Bobby Brown is up for a sequel.

If Netflix decides to make Enola Holmes 2, we should know more very soon

The production of Enola Holmes 2 would not be so easy and smooth due to the coronavirus pandemic, as many electronic movies and web series have been delayed.

Another aspect that could affect the continuation of this film, Millie Bobby Brown is occupied by “Stranger Things” while Henry Cavill is part of the franchise “The Witcher“. If all goes for the best, Enola Holmes 2 could be released in 2022.