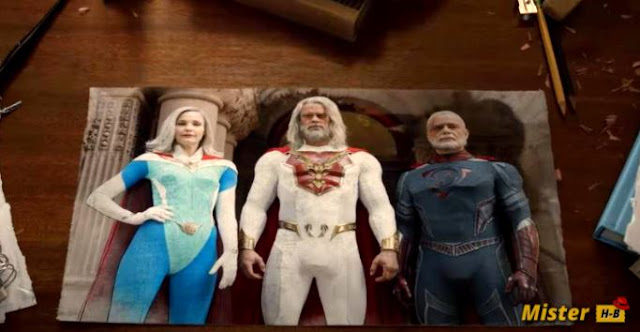 In development for three years now, Jupiter’s Legacy is finally announcing its upcoming arrival on Netflix. We will be able to discover the full episodes of the first season on May 7 on the streaming platform.

Adapted by Steven S. DeKnight (Daredevil) and written by Sang Kyu Kim from the comic book of the same name by Mark Millar and Frank Quitely, Jupiter’s Legacy is a superhero story like no other. She will introduce us to the first generation of superheroes who want to pass the baton on to their children, but it will not be without its challenges.

Indeed, after protecting humanity for nearly a century, old superheroes are turning to their children to take up the torch. But tension quickly mounts with this new generation of fighters eager to prove their worth, as they scramble to live up to their parents’ legendary reputation, but also their aspirations and demands.