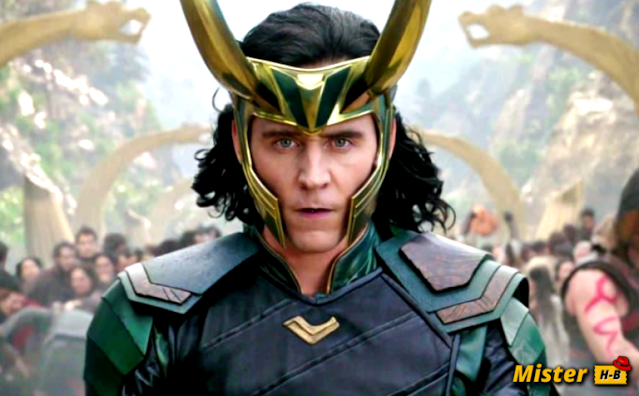 Loki, the upcoming Marvel series from Disney +, promises to defy all subscribers’ expectations. During an interview, Brad Parker, the man in charge of the special effects of the show, quickly teased the visual effects of the series. The expert says Loki will impress fans and neophytes.

The series will be followed by Loki, a show entirely devoted to Thor’s enemy brother. Remember an alternate version of the God of Lying managed to escape the Avengers during Endgame. On the run, Loki seized the mighty Tesseract. As the trailer shows, Loki (Tom Hiddleston) then finds himself wandering the multiverse. He will meet there in particular Owen Wilson. It is rumored that Dr. Doom, the Fantastic Four’s worst enemy, will make a notable appearance.A few days ago, WandaVision bowed out. The first Marvel series to air on Disney + will give way to Falcon and the Winter Soldier. This new series features Falcon (Anthony Mackie) and Bucky Barnes (Sebastian Stan), the two accomplices of Captain America. The series will be broadcast from March 19, 2021, one episode per week.

Unsurprisingly, the series will give pride of place to special effects. Asked by our comic book movie colleagues, Brad Parker, the show’s visual effects supervisor, was full of praise for Loki’s rendering: “Well that’s about all I can say. is a crazy trip! This is another project that will defy expectations in a number of ways. It was so much fun. It was on my list of things to try and work on a Marvel project, and Loki is so awesome. It’s so cool, and there is so much amazing stuff going to happen in every episode. I can’t wait for people to see it. It’s a lot of hard work. We are working furiously to make this thing as big as possible, and I think people are going to be delighted when they see it ”.

As a reminder, Loki will be broadcast from June 11, 2021, on Disney +. True to form, the streaming service will offer one episode per week to make the fun last. What do you expect from the series? We await your opinion in the comments.