No season 4 for American Gods, but a film is possible? 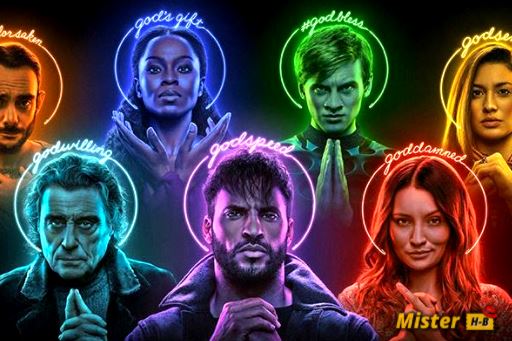 No season 4 for American Gods

The war of the Gods will not finally take place on Starz who has just announced that American Gods will not be back for a season 4. The network formalizes the cancellation of the series a week after having broadcast the final of the third ( which is available on Amazon Prime Video).

Launched in 2017, American Gods brings to screen Neil Gaiman’s fantasy novel that takes place in a world where ancient gods and mythological creatures exist because people believe in them. However, their powers are diminishing, driven by the decline of people’s belief in them, who are moving towards new gods, reflections of their obsessions, such as media, fame, technology, and drugs. Fresh out of prison Shadow Moon (Ricky Whittle) meets Mr. Wednesday (Ian McShane), a con artist who hires him as a bodyguard. In truth, he is one of the ancient Gods who sets out on a mission to gather his forces in anticipation of the battle that is brewing.
American Gods will have seen quite a bit of turmoil behind the scenes throughout its three seasons, with showrunner changes and cast departures each season. Season 1 helm Michael Green and Bryan Fuller reportedly left the ship for creative differences (and budget issues) and their departure resulted in those of Gillian Anderson and Kristin Chenoweth.

Under the direction of Jesse Alexander, Season 2 was marked by many behind-the-scenes disagreements until it was revealed that the showrunner was sidelined during the filming affected by delays and script issues annoying the actors.

This brings us to the third season led by Charles “Chic” Eglee and with the departures of Orlando Jones and Mousa Kraish. The first one made a lot of noise, the actor has made it known that his departure was due to racism. So let’s add that at this point, the series also saw its audiences wane over time leading to a cancellation that is not the most surprising of all.

The third season of American Gods ends on a sort of cliffhanger and does not bring the story to a close. The team is naturally willing to bring the story to fruition, and there might be discussions to offer a conclusion in the form of a TV movie or event series, but no one at Starz has officially commented on it. the subject.

Whatever happens to the Gods of Starz, the network has no shortage of series, continuing the development of the Power franchise, with Power Book III: Raising Kanan and Power Book IV: Force and having already renewed Outlander for a season 7. To this is added to seasons 2 of Hightown, Power Book II: Ghost and P-Valley, the third of Step Up as well as the new Run the World, Blindspotting, Black Mafia Family.