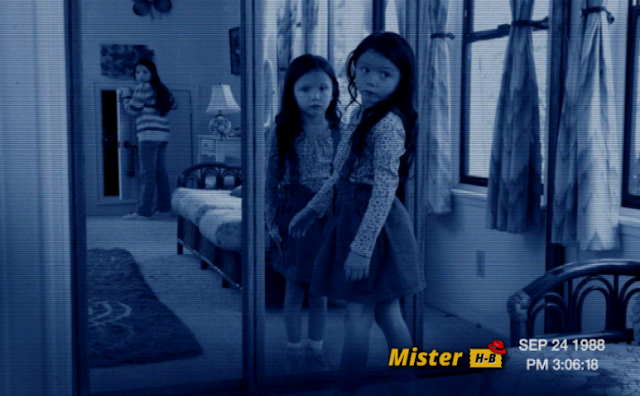 Believe it or not, nearly 15 years have passed since a supernatural, no-budget little thriller helped bring extraordinary genre-film producer Jason Blum and his company Blumhouse Productions to Hollywood. This was from the 2007 film Paranormal Activity, which followed the plight of a young couple (Katie Featherston and Micah Sloat) terrorized in their own home by an invisible evil spirit. Written and directed by Oren Peli with a keen sense of dread and indie film flair, Paranormal Activity became a true cultural sensation when it hit theaters, grossing nearly $ 200 million at the box office for an announced budget of $ 15,000

These are the numbers that usually make studio bosses salivate, and those of Paramount Pictures were quick to order a sequel, with Paranormal Activity 2, released in 2010. proved just as lucrative for the studio, which couldn’t help but see the universe of Paranormal Activity as a potential franchise in its own right. To date, Paramount and Blumhouse have teamed up for six Paranormal Activity movies. And while the quality of these films varied, each brought something unique to one of cinema’s most lucrative franchises.

This franchise is set to expand even further, with Paramount and Blumhouse preparing to unleash Paranormal Activity 7 on screens. Here’s everything we know so far about this upcoming movie.

What is the release date of Paranormal Activity 7?

Before we dive into the details of Paranormal Activity 7, we have to tell you that the film is still in the early stages of production. As such, details on the project are quite scarce. What we are sure of is that Paranormal Activity 7 is well on its way, but we cannot confirm or deny the existence of a filming script at this point.

Since the film has already received the nod from Paramount bosses, it can be assumed that the film’s producers have at least a good idea of ​​what they want to do with the new movie, and so hopefully Paranormal Activity 7 will turn on its night lights and handy cameras sooner rather than later. Likewise, these micro-budget movies tend to be shot faster than most productions, so Paranormal Activity 7′s release date is probably closer than we think.

However, with filming on the film yet to begin, no official release date has been announced at this time. Either way, it’s a safe bet that Paranormal Activity 7 won’t arrive until 2022 – although it’s unclear whether the film is still aiming for its already pushed back March 22, 2022 release date. Stay tuned for more details.

Who will play in Paranormal Activity 7?

With Paranormal Activity 7 still in the early stages of production, it’s obviously too early to wonder who will star in the film, let alone if former characters will return to hang out in another sci-fi movie nightmare. This possibility remains largely conceivable, however, as many characters from past Paranormal Activity films remain more or less in the sights for a comeback. Especially since elements of time travel and dimensional jumping have been introduced to the Paranormal Activity cinematic universe of late, opening the door for a reappearance of all previous stars.

For now, we have to wait and see what the producers have in mind for Paranormal Activity 7 before we have a clear idea of ​​who might or might not be in it. That said, if there’s one factor that’s most likely to return to Paranormal Activity, it’s the O.G star. Katie Featherston. His demon-possessed and tragically tormented Katie has been a franchise regular for years, having appeared in her adult form in five of the six Paranormal Activity films (only her youth appeared in the sixth). At this time, it is still unclear where Katie is in the Paranormal Universe, so a comeback is in order. But in the absence of official information on the plot or cast of Paranormal Activity 7, all is guesswork.

What is the plot of Paranormal Activity 7?

As you’ve probably guessed from the general lack of information surrounding Paranormal Activity 7 so far, we have no clue what the movie will be about. And given all of the time and dimensional leaps that have taken place in the final chapters, the storytelling of the new movie could literally take place anytime and anywhere. But while we don’t yet know the plot of Paranormal Activity 7, we do have a few revealing details about the production. First, it was announced that the new film will take the franchise back to its found footage roots after 2015’s The Ghost Dimension surprisingly broke with that form.

This will be good news for franchise loyalists who were largely put off by the drastic stylistic change in the last film. Fans of Paranormal Activity should also rejoice that the new film will be directed by The Signal director William Eubank, whose recent monster wonder Underwater was also one of the genre’s most overlooked wonders of 2020. Likewise, fans should be thrilled that regular franchise screenwriter and former director Christopher Landon (Paranormal Activity: The Marked Ones, Happy Death Day, Freaky) returns to write the new movie after ditching The Ghost Dimension. According to Landon’s comments to Movieweb last summer, the new chapter is going to “put a new direction” to the franchise, which might make sense as even he has to admit that the mythology that guides the Paranormal Activity franchise has become one. little fuzzy over the years.

Where can you watch the new Paranormal Activity movie?

With so many unknowns about Paranormal Activity 7 and some very intriguing talent behind the camera, it’s hard not to be intrigued by the possibilities of the new film. Hopefully, we will start to get concrete production details very soon. But while the who, what, and when of Paranormal Activity 7 are kept largely under wraps, the only information we can confirm about the film is the location. While Paranormal Activity 7 was originally designed for theatrical release, Paramount and ViacomCBS recently made it official that the new film will make its streaming debut on the future Paramount Plus platform.

While it’s hard to argue with Paramount’s desire to push subscriptions to its streaming platform (especially given the current state of the game in theaters), it’s kind of a disappointment that the new movie Paranormal Activity doesn’t air in multiplexes, if only because watching those horror feasts in a dark room with dozens of strangers enhances the experience in a way that a living room scene just can’t compete. Either way, we should probably just be happy that a new chapter of the franchise is in the works – not to mention preparing our nerves for a return to the frightening supernatural madness of the universe of Paranormal Activity.