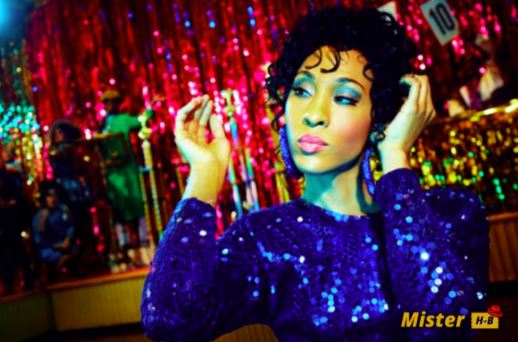 Pose Season 3 is about to launch, but fans have some bittersweet news that it will be the last in the series.

The blockbuster LGBT drama began in the mid-1980s, as New York’s drag-ball culture took off and showed how many members of the gay and transgender community, so severely discriminated against at the time, came together. to live in shared accommodation or “Houses” under the direction of a dominant figure “Mother”.

We assume all good things come to an end, but it looks like executive producers Ryan Murphy / Brad Falchuk / Steve Canals have given us plenty to look forward to before saying goodbye to Blanca, Elektra, Angel, Pray Tell and the rest of the band that made us vibrate so much during these first two revolutionary seasons.

In the US, the third and final season of Pose will debut on FX starting May 2. French fans may have to wait a bit longer, but there is a good chance that Season 3 will air simultaneously on Canal + as it did for Season 2, or at the latest during the summer! The first two seasons of Pose are currently available to stream on manual if you haven’t seen this gem yet.

Where Pose Season 2 left off?

The ups and downs of the relationship between Blanca and Elektra, the mothers of the House, continued. After brief periods in the Evangelista and Ferocity Houses, Elektra left to form the brand new “Wintour House”. Blanca’s diagnosis of AIDS (learned in Season 1) continues to impact her health and well-being, as Pray Tell becomes more of a mentor to community members, as well as being the flamboyant facilitator of the dragon balls, although he also has serious health problems. He is now in a relationship with a younger man, Ricky…

What happens in season 3 of Pose?

It’s 1994, and four years after all that Madonna-like “voguing” (very past!) That we saw in season 2. As the AIDS epidemic rages on, season 3 sees Blanca juggling motherhood. , be a present partner, and live out her role as a caregiver. Meanwhile, Pray Tell struggles with his health, and the emergence of a new vicious house poses some problems for those of the House of Evangelista.

The cast of season 3 of Pose …

After filming for Season 3 of Pose ended, MJ Rodriguez, who plays Blanca, said, “I couldn’t have asked for a better cast and a better crew to work on. The long hours at work, the emotions, and the morning calls were all worth it.

“This series has changed my life, and I wouldn’t want it any other way. So thanks to the Pose family, we did! We changed the world, and we showed them how to love a little harder again! “

Dyllon Burnside, who plays Ricky Wintour, shared this before filming his final scenes. “I just arrived for the last day of production. I don’t have the words to express all of my feelings right now… what I will say, however, is that I have learned SO MUCH about love, life, family, art, community, myself, this industry…  idek So much… from this group of people. I am grateful to all of you. You are reality personified. Thank you for the way you have enriched my life… I’m sure I’ll have more to say when the final season airs, but until then… I’ve been blessed beyond measure to work on this series over the past three seasons. You gave me more than I ever imagined. ”

There is no trailer for Pose Season 3 yet, but we’ll be sure to show it to you as soon as it becomes available.