Snowpiercer Season 2: Explanation of the end of the series! 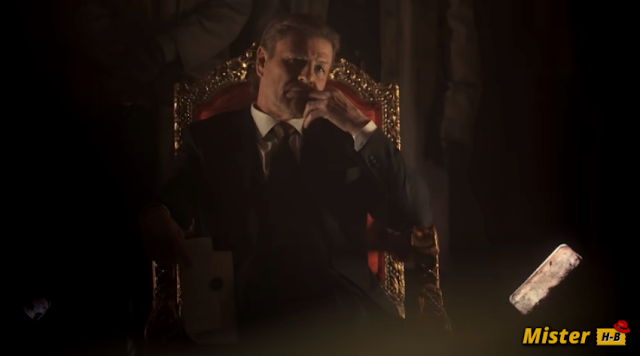 FIND THE END OF SNOWPIERCER SEASON 2 EXPLANATION ON NETFLIX! IS MÉLANIE REALLY DEAD?

Snowpiercer is available on Netflix! If you want to know the explanation for the end of Season 2 of Snowpiercer, read on! After Wilford’s successful takeover of the Snowpiercer in Episode 8. Layton and Ruth Wardell plotted to get back on the train. With the help of Javier de la Torre, Wilford transformed into an engineer on Big Alice, and Alex, Melanie’s daughter, betrayed Wilford. Layton and Ruth returned to the Snowpiercer and rallied their co-conspirators.

Alex presents Layton with his desperate ploy: they are going to separate Snowpiercer’s first ten cars from the rest of the train and take them in search of Melanie. Wilford deployed Josie Wellstead transformed into the new Icy Bob to breach the train and shut down the engine from outside. Instead, Josie destroyed the Aquarium wagon, which separated Snowpiercer‘s head from the remaining 1024 wagons.

Layton, at the controls of an incredibly fast 10-car “pirate train”. And his followers go to the Breslauer research station to find Mélanie. But instead, all Layton and Alex found were the data drives left behind and Melanie’s journal. Without Melanie but with the proof she has provided that the frozen world is heating up, Layton and his friends set off to retrieve the train. We tell you all about the explanation of the end of Season 2 of Snowpiercer!

IS MÉLANIE DEAD AT THE END OF SNOWPIERCER SEASON 2?

At the end of Snowpiercer season 2, it is revealed that Melanie is truly dead. Having left behind the data the rest of the train needs to find warmer parts of the planet. After exhausting the rat farm she was using for food, and her energy stores were nearly depleted. Melanie left a note for Alex explaining that she was sinking into the snow to let the cold take her away.

So that’s the end of the series for Jennifer Connelly, right? Well not yet, it has been confirmed by a member of the cast that Melanie will be back for Season 3 of Snowpiercer, which is currently filming. We tell you more here. The question of how Melanie will return remains open, but given that we have never seen her body it is possible that, as usual, the engineer found a last-minute way to save his own life.

It’s also possible that we only see Melanie in flashbacks anymore, as Alex and the rest of the Snowpiercer crew have a lot of memories of Melanie that they could share as they walk through the Frozen Earth in search of a warm place. potential where to settle. Or maybe Archie Panjabi, who joins the cast of Season 3 as the mysterious Asha, has something to do with Melanie’s potential salvation. While there are a lot of people aboard Snowpiercer, it looks like putting Panjabi and Connelly together could create some serious sparks.

Sadly, Javi appears to be dead as Mr. Wilford ordered his pit bull, Jupiter, to shred him, leaving Joseph as Big Alice’s sole engineer. Although Wilford has promised not to touch Zarah who is pregnant with Layton’s baby, she remains the billionaire’s best leverage on “King Layton”. Plus, brakeman Sam Roche and his family can be found in Big Alice’s drawers. And he can also use their security against Layton.

WHAT DOES CLIMATE WARMING MEAN FOR THE CONTINUATION OF THE SERIES?

Mélanie’s plan in Season 2 was to launch probes into the atmosphere during the revolutions of the train. While Cavill gathered the data at the Breslauer research station. Melanie had to prove her theory that the planet warmed naturally and that certain areas of Earth could be habitable during the lifetime of the Snowpiercer passengers. The data Alex and Layton brought back to the Snowpiercer pirate train are even more optimistic, as parts of North Africa and Central America appear to have warmed considerably. The future, as Mélanie promised, is indeed outside the Snowpiercer.

A future outside of the Snowpiercer means people would no longer need Mr. Wilford or worship him as their Messiah. So either he never believed Melanie’s data, or he just sought to overwrite it because, for Wilford, there is no world he will allow beyond the one he built upon. the Snowpiercer. It remains to be seen what will happen when Layton and his rebels return to the Snowpiercer in Season 3 and prove that life off the train is possible. But it’s a future Mr. Wilford will fight tooth and nail to eliminate. 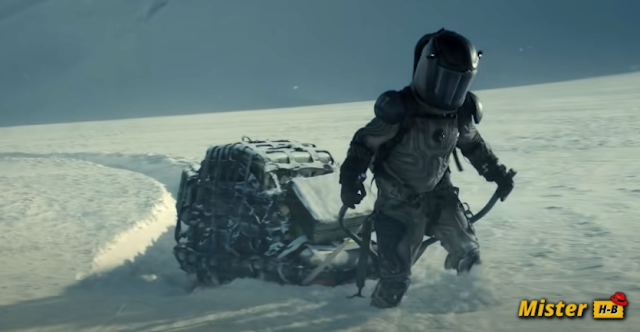 At the end of Season 2, Layton took Miss Audrey and Mr. Wilford’s security chief Sykes hostage as insurance against Mr. Wilford taking revenge on the inhabitants of the Snowpiercer. But that does not guarantee that Joseph will not punish them anyway. The most obvious victim of Wilford’s anger is Ruth, who got into an argument with Kevin McMahon and was unable to join Layton until he left with the Snowpiercer engine.

Wilford still has a lot of allies, too. Besides the unusually loyal Kevin, Joseph can count on his mad scientists, the Headwoods, and L.J. Folger has slipped into the role of Mr. Wilford’s confidante who was previously Alex’s. Also, much of the Snowpiercer was loyal to Mr. Wilford and rejoiced when he regained control of the train in Layton. However, it will be more difficult for Mr. Wilford to maintain his authority when word spreads on the train that Layton cut off the Snowpiercer ‘s head and stole the Eternal Engine. And Wilford will do whatever he can to disprove Melanie’s data when Andre finds the rest of the train in Season 3.

Just as surprising as Melanie’s apparent death is the fact that Mr. Wilford did not die in Snowpiercer season 2! Even though Alex slit his throat with a razor blade, Wilford managed to survive the entire season. For longtime Sean Bean fans, it was a break from the well-established trope of his characters’ deaths. Jennifer Connelly essentially took on the role of Sean Bean when Melanie Cavill was unexpectedly killed. Snowpiercer has endured a terrible amount of death and tragedy, and there will likely be more in Season 3 until Andre Layton or Joseph Wilford emerges as the true Snowpiercer leader who can secure the future of the human race.