SNOWPIERCER SEASON 2: WILFORD HAS A LOSS IN THE TWO-PART FINAL 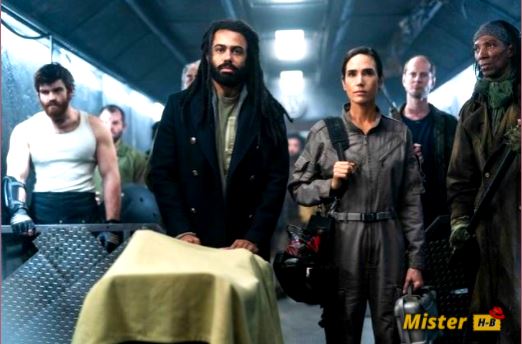 Mr. Wilford is preparing “a special surprise” for train passengers in the two-part finale of Snowpiercer Season 2 on Netflix.

Mr. Wilford (Sean Bean) puts his sinister plans in motion in Snowpiercer Episode 9, “The Show Must Go On,” which is the first of the two-part finale followed by Episode 10, “Into The White “. In Season 2 of the post-apocalyptic sci-fi series, Sean Bean joined the cast as the charismatic billionaire who set out to get the 1,034-car super train back from Melanie Cavill (Jennifer Connelly ). In addition to Sean Bean, Rowan Blanchard also joined Snowpiercer season 2 as Alexandra Cavill, Melanie’s teenage daughter, whose loyalty to the cool and cruel Mr. Wilford wore off after she was killed. reconnected with his mother.

After engaging in a battle of wits with Andre Layton (Daveed Diggs), who took over as Snowpiercer in place of Melanie in Season 1, Mr. Layton achieved his goal and regained control of the train. full in Episode 8, “The Eternal Engineer”. Additionally, Melanie left Snowpiercer and went to Breslauer Research Station in the Rocky Mountains on her own to prove her theory that the Earth is gradually warming since the Great Freeze that plunged the planet into an Ice Age. . But Mr. Wilford has no plans to let Melanie, his nemesis, get back on his train now that he’s in charge. Additionally, Wilford has Layton arrested and banished to the supply train, Big Alice, while he decides what to do with key passengers who are loyal to Layton, such as the front desk manager. Ruth Wardell (Alison Wright), train detective Bess Till (Mickey Sumner), and Zarah Ferami (Shiela Vand), who is pregnant with Layton’s baby. But one thing is certain, Mr. Wilford wants to end the fragile democracy established by Layton and plans to re-impose his cruel “perfect order”, based on social classes, where everything revolves around the whims of Mr. Wilford.

In Snowpiercer season 2, episode 9, “The Show Must Go On”, Mr. Wilford prepares “a special surprise” for the whole train, which he has entrusted to his faithful sycophant, Kevin McMahon (Tom Lipinsky).

Mr. Wilford’s return to power makes Ruth uneasy. Wilford also orders Ruth and Kevin to take a census of the train because, according to him, “Snowpiercer is getting muddy“. The billionaire ruler wants things in Snowpiercer back to how they were, but Mr. Wilford also appears to have other intentions he is hiding from Ruth, whom he no longer fully trusts.

Snowpiercer Season 2 is even better than Season 1 thanks to the infusion of jubilant villainy Sean Bean brings to the role of Mr. Wilford. Season 2 also deepened the entire cast and redistributed the cards in surprising ways, creating intriguing new alliances between many characters. There is also the encouraging prospect that the Snowpiercer passengers may one day leave the train and recolonize Earth if Melanie’s theory turns out to be correct. But before that, Mr. Wilford must be stopped from destroying everything Layton has accomplished, and Andre must also save Melanie and get her back on the train. It remains to be seen who emerges as the winner of the Snowpiercer Season 2 finale.