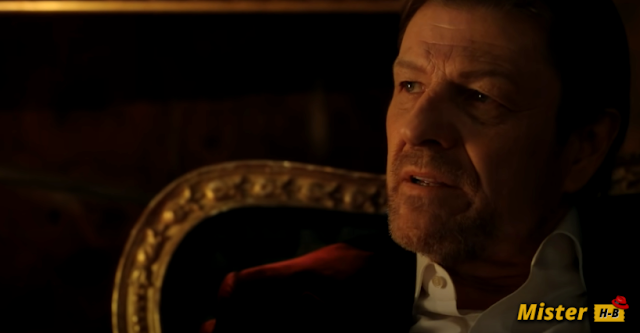 DISCOVER ALL THE NEWS ABOUT SNOWPIERCER SEASON 3 ON NETFLIX! RELEASE DATE, RENEWAL, AND MORE.

Snowpiercer is available on Netflix! If you want to know all about the Season 3 release, read on! Created by Josh Friedman and Graeme Manson, Snowpiercer is a suspenseful post-apocalyptic television series that follows the passengers of the train in question. Seven years after the world froze, the ever-moving train carries the people who have survived. The series explores the socio-political dynamics among survivors. The series is based on the 2013 film of the same name and the original French graphic novel that inspired the film, titled “Le Transperceneige”.
Originally released on May 17, 2020, Snowpiercer became the best new cable drama series of the year. Although the series has been praised for its reflections on society. Some critics felt that she lacked the nuanced take on the political and moral atmosphere of the plot that the film captured. Also, viewings for the second season were down 21% from the first, and viewership was down 26%. If you’re worried about the future of the show and want to know if there will be a Snowpiercer Season 3, we’ve got you covered! Before continuing, if you want to know a detailed explanation of the end of the second season, read this.

WHAT IS THE RELEASE DATE FOR SNOWPIERCER SEASON 3 ON NETFLIX?

TNT announced the renewal of Season 3 of Snowpiercer on January 19, 2021, just one week before the Season 2 premiere on January 25. Snowpiercer Seasons 1 and 2 each have 10 episodes, so fans can expect a similar number of episodes for Season 3.

Snowpiercer Season 2 ended with an epic cliffhanger where Andre Layton led a group of rebels to steal Snowpiercer’s first 10 cars, turning him into a pirate train. They set off for the Rocky Mountains to save Melanie but found that she had abandoned the research station refuge and ventured into the frozen wilderness to die. However, Cavill left behind all of her data proving her theory that some parts of the Earth are warming enough to be colonized.

The end of Season 2 of Snowpiercer set the stage for Layton and his company to return to the Grande Arche train and take it back from Mr. Wilford. The outcome of this conflict will determine the future of the human race, but Snowpiercer season 3 could also lead to the fulfillment of the dream of Melanie, who believed that “the future is on the outside” of the train.