The Lawyer Season 2: Frank faces his worst enemy on Polar+ 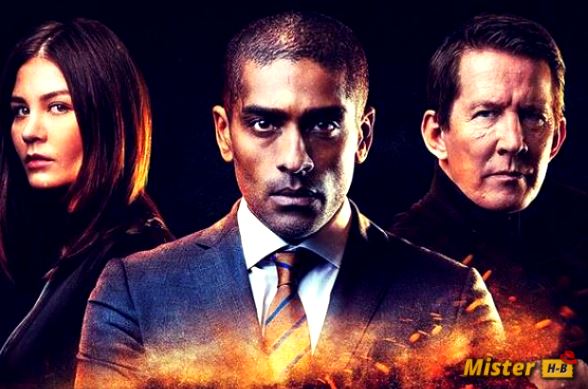 As a reminder, The Lawyer is a series based on a concept developed by Jens Lapidus (The Easy Money trilogy), Hans Rosenfeldt (The Bridge), and Michael Hjorth (Sebastian Bergman) which therefore takes us to Sweden to solve a murder case with a lawyer.More than two and a half years after the airing of the first season, Frank Nordling and his sister Sara are back for season 2 of the Swedish series The Lawyer (from its original title Advokaten), from this Sunday, March 14 on Polar +.

The first season of The Lawyer thus focused on Frank Nordling (Alexander Karim), a young and promising defense lawyer who sees his world crumble around him when he learns the truth about the death of his parents. As children, Frank and his sister Sara (Malin Buska) witnessed an explosion that killed their parents. Now he finds out who was responsible and feels an obligation to take revenge …

After the events of the Season 1 finale, Frank and his adopted sister Sara got on with their lives. However, it is only the calm before the storm … Frank not only put Thomas behind bars but also his daughter Therese using illegal means. When the young woman is found dead in her cell, the theory of suicide is first favored, Frank thinks of murder. His suspicions, added to his guilt, will then force him to face his worst enemy once again, but this time perhaps to form a real alliance.

In the cast of the eight episodes of this season 2 of The Lawyer, we therefore find Alexander Karim and Malin Buska, but also Thomas Bo Larsen, Sara Hjort Ditlevsen, Nicolaj Kopernikus, Johannes Lassen, Liv Mjönes or Henning Valin Jakobsen.