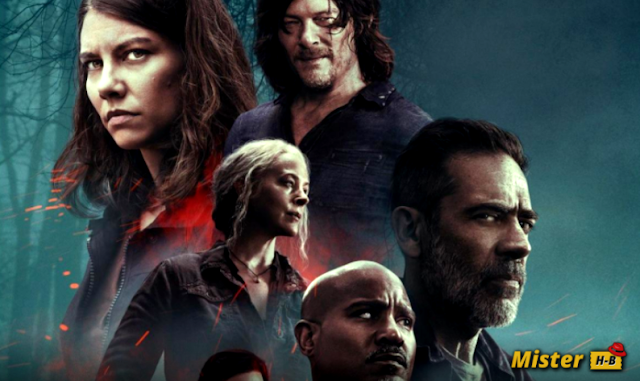 DISCOVER ALL THE NEWS ABOUT THE WALKING DEAD SEASON 10 EPISODE 22! DATE AND TIME OF EXIT AND MORE.

The Walking Dead is back on AMC and OCS in France! To find out when Episode 22 of Season 10 will be released, read on! Next week, in episode 22 of season 10 of The Walking Dead, you’ll have the chance to see the finale so to speak. It’s hard to know what to call it, with these bonus episodes from the pandemic

Originally, Episode 16 was meant to be the end of this season, and it was written in the optics of a sort of dramatic farewell to the season. Season 10 Episode 22, meanwhile, is simply the end of the bonus episodes that AMC has commissioned to help us navigate the health crisis. There’s an upcoming Season 11 that’s going to be a bit bigger, but we’ll have to wait a bit to see it. In the meantime, we’ll tell you more about the release of Episode 22 of Season 10 of The Walking Dead!

WHAT IS THE RELEASE DATE AND TIME FOR THE WALKING DEAD SEASON 10 EPISODE 22?

Episode 22 marks the end of Season 10 of The Walking Dead. The title of Episode 22 is “Here’s Negan,” which creates more excitement among viewers as this episode provides them with the story they always wanted to know. The episode 22 synopsis tells us, “With Maggie back in Alexandria, Carol takes Negan on a trip, hoping to minimize the growing tension. There, Negan has too much time to think about himself and concludes his future. ”

It’s all going to depend on what Maggie, Carol, and the others want. Will they trust him to be part of their world in the future? We don’t expect everything to be resolved in this episode, but we should at least get a bigger idea.