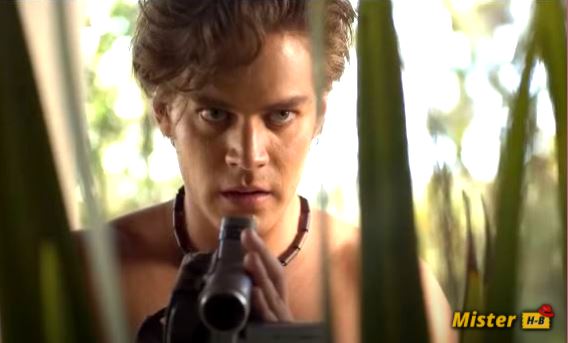 FIND OUT THE EXPLANATION OF THE END OF SEASON 1 OF WHO KILLED SARA! WHO MAY BE SUSPECTED?

Who Killed Sara is available on Netflix! If you want to know the explanation for the end of Season 1, read on! Alex Guzmán and his sister Sara are on this boat with their friends, Rodolfo Lazcano and his brother José María. Sara and Rodolfo are dating. They are all having fun.

Sara climbs into a rig to paraglide, but while she’s upstairs, her harness starts to tear. Alex tells the Lazcanos to slow down, but they speed up. Eventually, the harness breaks and Sara dives into the water. Alex dives to save her, but it’s too late. This is the storyline of the Netflix series Who Killed Sara! If you want to know when the second season will be released, read this. Otherwise, read on and we’ll tell you more!

Eighteen years later, we see Alex in prison. He sort of took responsibility for Sara’s death. We see in a flashback that the powerful patriarch of the family, César Lazcano, convinced Alex to wear the hat, to get revenge for everything the family provided to Alex, Sara and their mother, and to protect the name of the Lazcano family. But Alex, who was granted early release after serving a 30-year sentence, is seeking revenge.

The day Rodolfo is promoted to CEO of his father’s casino business, his brother José María, still resentful that Alex was forced to wear the hat, wants to announce his engagement to his boyfriend Lorenzo Rossi but Caesar puts it down. For César, José María and her boyfriend are both single and straight, at least in the public eye. It was the coming out of José María that caused him to lose the position of CEO.

During the meeting, in which Caesar’s wife, Mariana, and his young daughter, Elisa, participate, Alex hacks into the casino’s security system and broadcasts a recorded message on all screens saying that he knows who killed Sara and that he shouldn’t have taken responsibility for it. As Caesar tries to figure out how Alex hacked into the system and Rodolfo goes to Alex’s house. Alex pretends to shoot Roldofo with a finger gun. Alex discovers that Rodolpho may not be the one who killed Sara.

At the end of Season 1 of Who Killed Sara, we find out what happened the day Sara was killed. And Rodolfo and Elise realize the extent of their father’s savagery as they watch the video of Flor’s murder. Elise confronts her father, calling him a killer of women. For once we see the regret and sadness on Don Cesar’s face when his daughter tells him that she never wants to be around him again. This is the first time in the series that it appears Don Cesar was not responsible for Sara’s death.

We also see Bruno, Don Cesar’s step-grandson, begin to realize that something sinister is brewing when he sees one of the women at the casino dead on the news. Mariana is then seen giving Elroy a knife, and later, as Sara is rushed to the hospital, she is seen disposing of the same knife in the lake.

The ending of Season 1 of Who Killed Sara also shows us the broken relationship between the two sons Lazcano. Rodolfo asks his wife Sofia to leave after confirming that the child she is carrying belongs to Don Cesar, and we see Lorenzo leaving Jose Maria and Clara at home after having had enough of all the chaos around them. Finally, we are seeing two big revelations about Alex.

The first is that her secret aide in the case, “Diana the Hunter”, is Marifer, Sara’s childhood friend. The second is Alex’s discovery of Sara’s second diary, which shows that she was deeply disturbed and suicidal. She also knew that a corpse was buried in the garden, which Alex later unearthed. This opens up a whole new chapter in the mystery, as it is revealed that Sara’s past is far more important than what we’ve seen so far, and even though we do see Elroy with the knife and the parachute, did- did he cut the straps that caused Sara’s death? 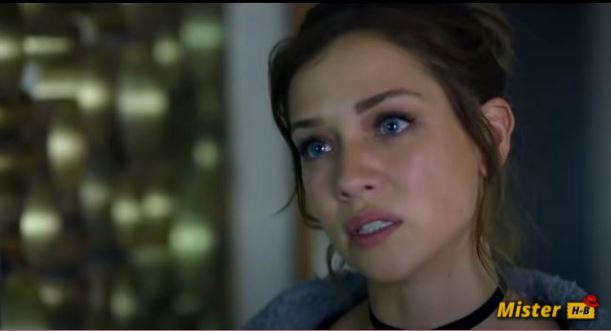 The ending of Season 1 answers a major question: What is Mariana’s motivation for killing Sara? After learning that Sara was carrying Don Cesar’s baby, she reassures Sara that she will be taken care of, but she also insists on the importance for her to do all the adventurous things that she cannot. do later during pregnancy. This is a blatant admission of Mariana’s motive, which suggests that Sara tries the new parachute, and this is how Sara ultimately dies.

We have further evidence of this over and over, first when she hands the knife to Elroy, and then when she claims to call an ambulance for Sara. While not expressly shown, it is strongly suggested that she killed Elroy while he was in the hospital, most likely to protect himself in case Elroy decided to sell the fuse.

A revealing flashback shows Elroy looking at the parachute on the boat, but when he holds the knife he hesitates it is not 100% clear whether he tampered with it. Meanwhile, in the present tense, Álex tries to call Elisa and leaves a voicemail message. He tells her that they were all wrong and that it was all wrong, suggesting that a doctored parachute did not kill Sara. Cesar tells Elisa that it had nothing to do with the accident, and he swears on his life. Sara’s fatal fall is shown, and Mariana watches in dismay, but she pretends to call for the ambulance. The mystery, therefore, remains as to who damaged the parachute and therefore murdered Sara.

WHO ARE THE SUSPECTS NOW?

The big plot question for the coming season is whether Sara’s psychological problems are the result of Don Cesar’s actions. Or if she already had them before she joined the Lazcano family? This will directly influence the choice of suspects for his murder. From what we’ve seen so far, this is most likely someone who has appeared or been mentioned on the show before.

With the Lazcano siblings practically cleared of suspicion, Marifer remains Sara’s childhood friend. And Rodolfo’s friend Nicandro, who is now dead but was present on the day Sara died, as possible suspects, along with Don Cesar, Sergio, Mariana, and Elroy.