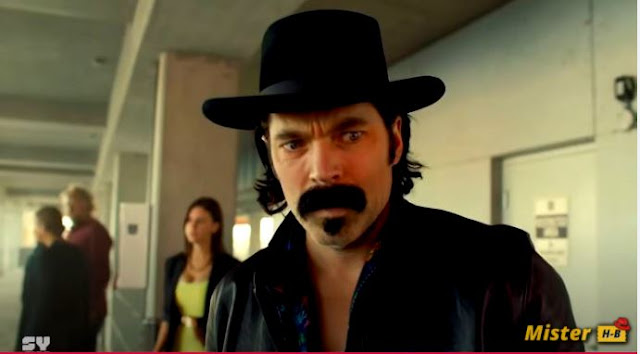 After a 6 month hiatus, Wynonna Earp resumes her gun on Syfy for these last episodes. The American channel is broadcasting the last episodes of the series, officially canceled, from this Friday, March 5.

Fantastic Western developed by Emily Andras – which is based on the comic book of the same name by Beau Smith -, Wynonna Earp follows Wyatt Earp’s heiress, Wynonna (Melanie Scrofano), who is the only one who can use her magic gun, Peacemaker, and cleanse the small town of Purgatory of the supernatural creatures found there. When the series made its return in season 4, the infamous curse that bound the Earps to the demons of Purgatory was broken. However, Wynonna still has to fight alongside her friends against her worst enemies to retake the city.

Now, Wynonna Earp is back for the last six episodes. His sister Waverly (Dominique Provost-Chalkley) and Nicole (Katherine Barrell) are finally engaged, but all does not go well in the Earp’s kingdom, with Wynonna being cold with Doc Holliday (Tim Rozon) following the resolution of the conflict over the rivalry between the Earp and Clanton clans. Of course, the gang will once again have to do everything in their power to save Purgatory from the latest supernatural threat.