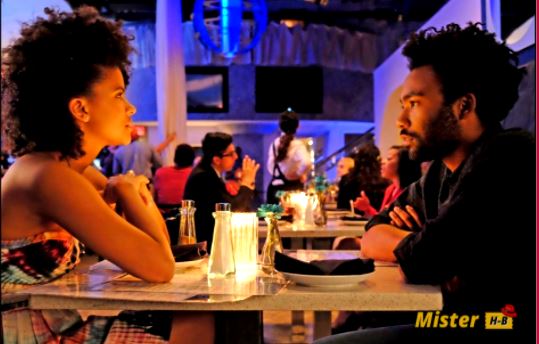 Atlanta is available on Disney Plus! For more information about when Season 3 will be released, read on! Created by Donald Glover and premiered in 2016, the series began its journey by featuring Earn and his cousin Alfred better known as rapper Paper Boi. Trying to emerge as successes in the rap world, the duo finds themselves in memorable and sometimes inexplicable situations. The same goes for Vanessa and Darius, who have established themselves as two of Atlanta’s rising stars.

The director and his collaborators were set to shoot Atlanta seasons 3 and 4 back to back last year before the pandemic scuttled their plans. But production is back on track to begin this spring, filming two seasons one after the other. Reports indicate that seasons 3 and 4 of Atlanta will be partially filmed in Europe. Filming would begin in London, before continuing in Amsterdam and Paris. We tell you all about the release of Season 3 of Atlanta on Disney +!

WHAT IS THE RELEASE DATE FOR ATLANTA SEASON 3 ON DISNEY +?

The second season of Atlanta was released in 2018 with 11 episodes of approximately 30 minutes! Before COVID came to play into the turmoil, the Season 3 release date was originally scheduled for early 2021. Currently, no new release date has been set. However, with the filming which started recently. We think the Atlanta Season 3 release date should be set for Fall 2021!

Atlanta’s second season ended with a deal between Earn and Alfred. As they are about to embark on a European tour, Earn becomes more decisive. Given that the next episodes of Atlanta will be filmed in cities like London, it is likely that the next episodes will continue this common thread. Although few details of the story are known at this point, it was noted that the delay made the process of writing the series easier.

While the series has a few running tales, most notably the evolution of Earn’s and Vanessa’s relationship, the storylines and general themes tend to be much more episodic. If the precedents are to be believed, the wonderfully diverse and surreal aspects of Atlanta will be in the spotlight.