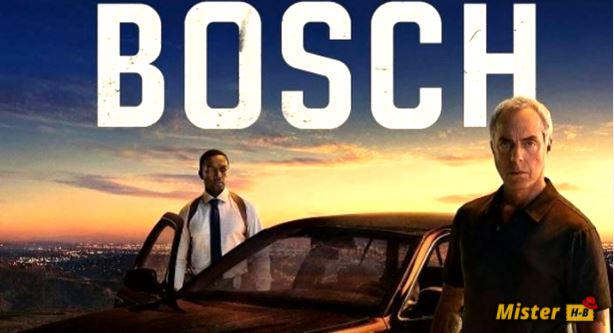 DISCOVER ALL THE NEWS ABOUT BOSCH SEASON 7 ON AMAZON PRIME VIDEO! RELEASE DATE, RENEWAL, AND MORE…

Bosch is available on Amazon Prime Video! If you want to know all about the Season 7 release, read on! Bosch is an American detective series. The series is categorized as action, crime, thriller and is directed by Jim McKay. The series has already aired 6 seasons. Bosch Season 7 was announced in February 2020 and will have 10 episodes.

Bosch will draw plot elements from The Concrete Blonde and The Burning Room novels. Connelly has written nearly two dozen books featuring his character Harry Bosch. In season 7, Harry Bosch and Jerry Edgar will lead two separate but risky murder investigations. The investigation will take them to the highest levels of white-collar crime and the deadly depths of the street drug trade. We tell you more about Bosch Season 7 on Amazon Prime Video!

WHAT RELEASE DATE FOR BOSCH SEASON 7 ON AMAZON PRIME VIDEO?

The sixth season was released in April 2020 and has 10 episodes of approximately 45 minutes. Bosch season 7 production began in September 2020 and is reportedly ending in February 2021. However, no release date has yet been confirmed. Since the previous seasons were released in April, we think the next season should be around. Obviously, delays related to the pandemic have taken place. There’s a good chance the Bosch Season 7 release date will be set for summer 2021 on Amazon Prime Video!

At the end of the sixth season, Maddie decides to become a prosecutor. Bosch and Edgar feel let down by the system as they face professional tragedies. At home, Harry is informed that the evidence of the wiretapping of Alicia Kent will be admissible in court. The series ends by hinting that Edgar may have killed Avril in cold blood because it appears that Avril did not point a gun at him.

Bosch Season 7 will draw inspiration from the novels cited above. Bosch and Edgar will be seen working on two different murder investigations. While one of them will be working on a drug case, the other will be investigating a white-collar crime. Regarding Bosch season 7, Connelly added that he didn’t want to share too many details for fear of spoiling the same. But he did reveal the events of the season. He revealed that it would likely take place before George Floyd’s murder in Minneapolis69.