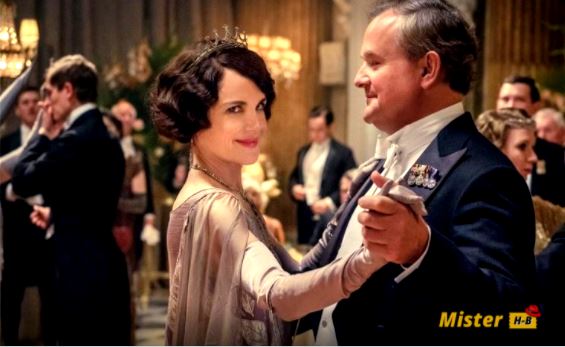 Downton Abbey will reopen its doors once again! Five years after the series ended, Focus Features studio announced the imminent filming of Downton Abbey 2! It will be a sequel, still on the big screen, of the 2019 film, which had a hit and collected nearly $ 200 million at the Box office worldwide.

Downton Abbey 02 what is the release date of the movie

The production formalized, we learn that things will follow quickly since an (ambitious) theatrical release date is already scheduled for in 8 months. Downton Abbey 2 hopes to hit our screens around Christmas 2021.

Series creator Julian Fellowes “and the entire Downton cast” are back for this feature film. Alongside Michelle Dockery, Hugh Bonneville, and the others, we will find several new faces, including the French Nathalie Baye. Her role is still being kept secret and we don’t even know what this movie will be about yet, but with her, we will also see Hugh Dancy (Hannibal), Laura Haddock (Da Vinci’s Demons), and Dominic West (The Affair)  arrive.

We’re thrilled to announce that Julian Fellowes and the entire Downton cast are back for #DowntonAbbey2, with Hugh Dancy, Laura Haddock, Nathalie Baye and Dominic West joining!

See the film in theaters this Christmas. pic.twitter.com/OHopFgzqiM

Fellowes wrote this new screenplay, while Simon Curtis (My Week With Marilyn will be the director.

“We can’t imagine a better Christmas present than reuniting with Julian, [producer] Gareth Neame, and the entire Downton family in 2021 to bring the Crawleys home,” said Peter Kujawski, president of Focus Features.